Curators can bring the crazy 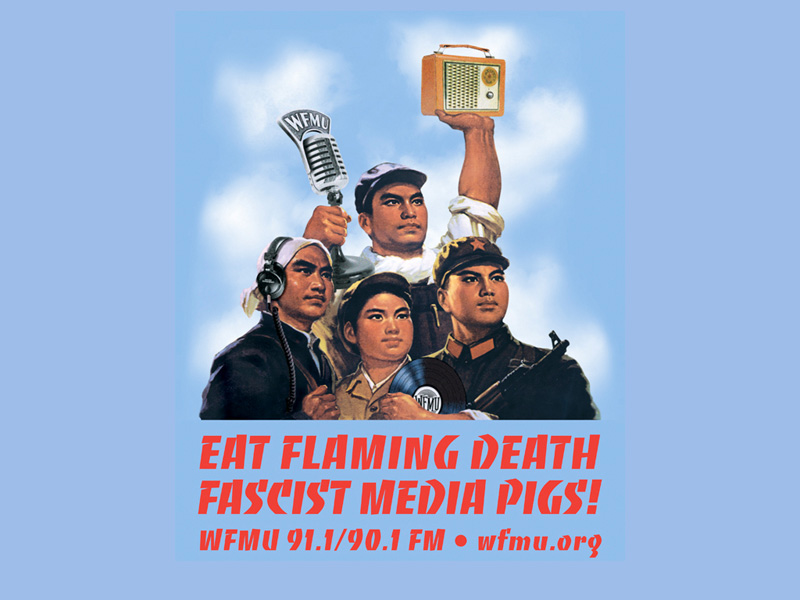 For some time, I’ve thought the notion of curation had some relevance as a model for teaching in rich, networked learning environments. An early proponent of this connection was George Siemens (short presentation here on Leigh’s blog). It’s also a role that has been talked about between Keira and myself in terms of how SLAS learning parties might be fruitful and multiply.

That said, I can’t claim to have a very nuanced grasp of what it means to be a curator, so it’s been a treat to follow Nina Simon’s Museum 2.0 blog the past year or so… (Note to self, check out her book on The Participatory Museum.) Her most recent post In Support of Idiosyncrasy might give a good idea why I dig her perspective:

People often ask me which museums are my favorite. I don’t like to give a list. I’ve only visited about 0.01% of the institutions out there and I suspect that the other 99.99% includes some real gems. But when I really think about it, all my favorites (so far) have one thing in common. It’s not the extent to which they are participatory. It’s not their size or type or subject matter. It’s the extent to which they are distinctive, and more precisely, idiosyncratic.

The conclusion strikes me as particularly relevant to educators:

I understand why retail establishments benefit from becoming bigger, more homogeneous, and more distributed. People like to buy from chains because they know what they are going to get. But consistency should not be the number one value when it comes to providing visitors with educational, aesthetic, social, and hopefully transformative experiences. I’d argue that one of the top reasons people DON’T visit museums is that they think they already know what they are going to get. Especially when it comes to small museums with limited collections, a distinctive personality is often the best thing the institution has to offer. Trying to cover it up or smooth it out in favor of “best practices” does a disservice to the museum and the audience. It creates another forgettable museum.

Indeed, if an emerging open educational resources network starts to build something like a shared infrastructure of learning content, the role of somebody working so that learners don’t ‘already know what they are going to get’ becomes all the more vital. The homogenized alternative is too horrifying to contemplate, all too easy to imagine.

Yet again, I’m reminded of my favorite band of mad, bad content curators at WFMU (this year’s fundraising marathon is over, but they’ll still take your money), and how its Free Music Archive places curation at the centre of its mission. There’s an interesting interview on 3 Quarks Daily with WFMU station manager (and killer OpenEd 2009 keynoter) Ken Freedman that cuts to the intersection between freeform weirdness and careful curation:

The term “freeform” is somewhat problematic to me as well, even though it’s what I’ve spent almost my entire live working in. One freeform radio station can be completely different, even polar opposite, from another freeform station. WFMU’s brand of freeform is just one particular brand. We definitely have areas that we focus on, and other areas that we’re ignorant of. We don’t even attempt to touch every genre or everything across the board. It is important not to go for diversity and juxtaposition and as many genres as you can just for the sake of itself; it is important to have some kind of focus.

But it’s also really, really important to let programmers act as curators and to let radio stations act as curators. I think that’s what a lot of listeners will be attracted to, in the same way that the heyday of the independent record store — I remember going into independent record stores when I was in college, and I would go into a store and just buy $100 worth of records. I wasn’t familiar with any of them. The only reason I bought them was, I trusted the taste of the people stocking the record store. That was how I discovered a lot of music. I think radio stations have to play the same role.

They used to play the same role, and if there is one lesson that mainstream public radio and commercial radio and community radio can take from whatever we’ve done, it’s that radio stations should be acting as curators. Listeners should be looking at those radio stations for their taste and their knowledge and to be exposed to new things that listeners don’t necessarily know. And that act of intelligent curation is so much more powerful than the automated curation that we’re seeing in such automated entities as Last.fm and Pandora. Those recommendation engines are interesting, but I don’t think anything can replace an intelligent human curator.

The notion of a radio station as a curator, as a filter, is fascinating to me. Any of us who spend time online or in media can see that this is the time that people need filters, need curators, to help them navigate. They can choose their filters and curators freely, but they will need them if they’re to find something they want. But is it an issue of a core personality for WFMU to have, or a core set of personalities to develop and make, in a sense, reliable for listeners? Is that the essence of good curation?

I’m not sure, because I don’t think WFMU is reliable. We’re actually very, very unreliable, and I’m not sure if that’s a strength or a weakness or sometimes both. I myself turn my own radio station off six or seven times a day, sometimes screaming as I turn it off. Then I turn it on again ten minutes later. We’re not afraid to do that.

If what you’re getting at is “How do you recreate something like this?”, I have no idea. Nothing could possibly create an entity like WFMU out of scratch. We’ve been on the air for 51 years, and it’s a true community radio station insofar as everybody on the air came from the community of listeners. We’ve put out certain kinds of programming. There’s been a certain musical, philosophical, even comedic aesthetic, and that’s attracted even more people back in who got it, who understood it and were able to add to it. On a managerial level, I’m always interested in bringing people in who get it, but are going to take it in a new direction. I don’t want people who are going to push back the exact same thing we’ve been putting out. On one hand, I want people to get it — I want our new programmers to clearly understand what WFMU is and where it’s coming from, but I want them to take it to new places also.

I’d be pleased if a notion of curation as a means of producing surprises and an ethos of going to new places were to emerge out of this field. Obviously, I agree with motivations such as accessibility and economy as drivers for the production and sharing of open educational resources. That said, I can’t get too excited about an educational movement that doesn’t somehow create space for more freedom in day to day life, that doesn’t embrace the wild freaking endless diversity of this crazy planet. I need some dancing at this revolution.

12 Responses to Curators can bring the crazy