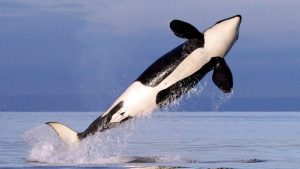 Photo by Elaine Thompson of The Associated Press

It had been in the news for quite some time now that the southern resident killer whale population (SKP) has been in danger of extinction. News articles cite various reasons for the possible downfall of this community. NOAA fisheries, a conservation association based in Maryland, has stated that there are three main risk factors contributing to the dwindling community of the SKP. These include a lack of prey availability, contaminant accumulation built up in the fat tissue of the whales, and excess noise generated from boat activity.

Importance of this population

The impact of this endangered species extends beyond the scope of ecology. the symbolism of the SKP has a significant place in the first nations community living in western Canada. It is said according to Orca Spirit Adventures that the killer whale represents the soul of people who have died at sea. The Orca whale stands for defying challenges and overcoming obstacles. The meaning of the orca is highly reflected in first nations artwork and stories. The fact that the SKP is so important to this native culture makes their status as an endangered species all the more concerning. The loss of this species would not just be a loss to the marine environment, it would detrimental to the first nations people of BC who have incorporated the SRP into their traditional practices for countless generations. 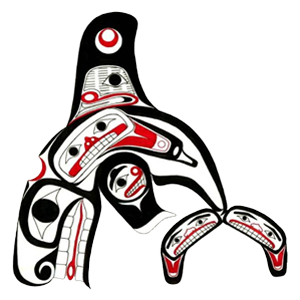 How bad is this situation?

While certain media outlet have described what’s happened to our SKP as a catastrophe, the situation may not be as bad as it seems. In his keynote speech to  the B.C. Marine Mammal Symposium, biologist and member of the SCIE 300 teaching team Dr. Andrew Trites evaluates the arguments various arguments used discuss the declining Killer Whale population. For example, Dr. Trites addresses the goal of having a SRP rise from 76 to over 200 by explaining that the carrying capacity of the southern coast may not be able to support this growth. Dr. Trites goes further to explain that the true issue may be the lack of fertile female Killer Whales.

While this presentation is from 2017, estimates from January of this year by Orca Network suggest the population may currently be 74 which is still within the normal range presented in Dr. Trites’ talk.

What can you take away from all of this?

Like anything, there seems to be mixed opinions on how to handle the declining population of the Southern Resident Killer Whales. It is important to know what we as members of the community are able to do to help keep this community live. For starters, it is imperative that people follow BC government fishing guidelines for Chinook Salmon. The whales are extremely particular eaters and mainly consume Chinook Salmon. Secondly, support local tourism industry that promotes sustainable whale watching to prevent excess boat traffic in close proximity to these whales which has been shown to stress the population.

This entry was posted in Biological Sciences, Issues in Science, Public Engagement, Science in the News, Uncategorized and tagged BC, Convervation, Killer Whales. Bookmark the permalink.