As medical technology make advances and quality of life improves, it has become increasingly common for us to know of someone who has experienced cancer. But if our way of life today is better than it was fifty years ago, why do we hear more about cancer now than before?

To understand why, we should first understand what cancer is and a bit about our bodies. Inside our bodies we have trillions of cells, and every day billions of them die and get replaced through mitosis (a process that splits one cell into two identical cells). Due to the number of times that cells go through mitosis, it’s almost impossible to avoid making a mutation – a mistake in copying (think about your own repetitive experiences). Of course, the body has mechanisms to fix the mutations, and most mutations are harmless anyway, but sometimes the mechanism will miss one. Eventually, over a long enough period of time, the body will miss a mutation that is capable of causing a lethal form of cancer.

So, we learned that if we live long enough, we can’t escape cancer but what is it? Cancer is a general term for more specific diseases, but we just call them cancer because they share a common similarity. Normal cells will go through a death-rebirth cycle, but cancer cells are dysfunctional cells that don’t have the death signal. Instead, the cancer cells just keep dividing, taking away nutrients from the surrounding functioning cells. When a tumour (large lump of cancer cells) form, cancer can also metastasize. This is when part of the tumour breaks off and travels to another part of the body, forming a new cancer site. Cancer is dangerous because if there are not enough functioning cells, the result can be fatal.

Why has cancer become so prominent? We mentioned earlier that we increase our chance of developing cancer over time; cancer is a function of age. Well, fifty years ago, people were more likely to die at younger ages due to injury or other diseases. With new medical advances we have increased our average life span, and have thus increased our chance of developing cancer.

Although researchers have been working towards a cure for cancer, there has been no definitive success yet. However, Dr. Martial Guillaud, a senior cancer researcher at the BC Cancer Research Centre, and his team have just made a strong contribution to cancer research. They have developed a new imaging technique called Hyperspectral Imaging technique that will give medical practitioners accurate information in a short time frame. One benefit to the new imaging technique is that it can predict whether or not a patient will respond to immunotherapy – a treatment that uses your own body to fight against cancer. To gain a better understanding of the research take a look at our video describing the technology and demonstrating the imaging analysis, as well as a listen to our podcast highlighting how the imaging system is supposed to help doctors.

What’s an unappealing colour that you can think of? The first colour that I thought of was brown. To me, it looks like combination of unwanted colours and reminds me of dirt. However, this colour is highly associated with what makes our food look delicious.

Now, which of the two would look more appetizing: a pale piece of chicken (cooked by boiling in water) or chicken that has been grilled until it is golden brown in colour? I think we would agree the second one is a better choice. So what is the cause of this difference in appearance? 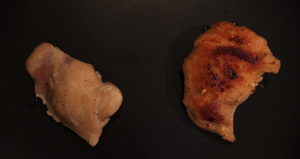 A contrast between boiled chicken and grilled chicken
(Source: Myself)

The Maillard reaction is a chemical reaction responsible for releasing flavours and aromas of food, while also browning them. Since most people only notice the colour change, it is also commonly known as the browning reaction! The process works by rearranging amino acids (the building blocks of protein) with sugars, and only occurs in temperatures of 140°C or higher. Usually proteins are coiled-up structures but when there is enough heat, denaturation (the unfolding of amino acids) happens, which is how the sugars are able to combine with them.

The Maillard reaction occurs in many foods, but have you noticed that they don’t all have the same flavour? Coffee and popcorn both experience the same reaction, but coffee has a nutty flavour while popcorn has a biscuit flavour. This is because of the different kinds of amino acids, as each kind of amino acid releases a different scent and flavour.

Why don’t we just cook on high heat all the time?

Although the Maillard reaction is highly desired, we can’t just cook on high heat all the time. This is because another reaction takes place when the temperature is too high: burning. This reaction gives an unwanted bitter flavour. 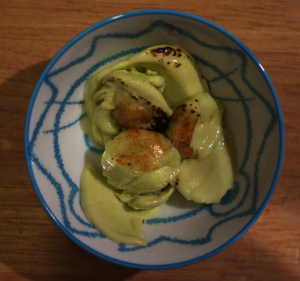 The Maillard reaction is the reason why our food is so appetizing, but is under-appreciated. Many people who cook know through experience that higher heats will give a nice colour to the food, but do not know that it is actually adding flavour too.

To learn more about how the Maillard reaction works, watch this video.

Why Is The Sky Blue?

Imagine sitting outside on the patio on a nice clear day. You look up towards the beautiful sky and see that it is…. As green as grass? As you look at the sky with confusion, your alarm clock rings, prompting you to wake up. The sky’s colour has always been something you never gave much thought to. After all, it’s just universally accepted that it’s blue. But after dreaming of such a weird sky… Have you stopped to wonder why the sky giving off the tint that it does? 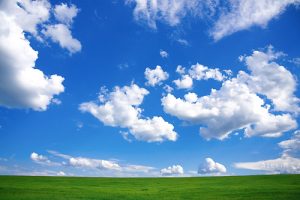 Doesn’t the Sky Just Reflect the Colour of the Ocean?

Actually no. Firstly, the sky is lit up by the sun, which emits white light. However, white light is not actually white in quality, but rather composed of all colours in the visible spectrum. In the day time, light from the illuminated sky reaches you at different distances depending on the position of the sun. When the sun is closest to us – directly overhead – it travels the shortest amount of distance, so it appears white. Light at any other point has travelled a longer distance, comparatively, through the atmosphere to reach our eyes. In its journey it has encountered gas particles in the atmosphere, which are smaller than the wavelengths of visible light. As it passes through the molecules the wavelengths are redirected, or scattered, in different directions. As one of the shortest wavelengths, blue light is scattered in high frequency by these small particles. The greater the distance travelled, the more the blue light is being scattered in comparison to the other colours. Thus, it reaches us the most and ends up being the colour that we see. Another example of this is at the horizon, where the sky may appear whiter because light there has travelled the greatest distance to reach us. Much of the blue light has been scattered away and the mixing of the other scattered colours is what we perceive.

Hold on though… You may think, “isn’t violet light shorter than blue? Why don’t we see violet instead?”. You’re right, violet is shorter than blue. However, a lot of these violet wavelengths scatter higher up in the atmosphere and are absorbed as UV light.  Moreover, our eyes naturally contain three types of cones – red, green, and blue. The cones mainly detect these three types of light and as a result our eyes favour blue light over violet light, forcing us to see blue rather than violet.

The colour of the sky is an often overlooked topic that nobody thinks about, other than in the occasional pretty photos. However, we should consider ourselves very lucky because the exact composition of our atmosphere allows the sky to be blue. This is which is why in places such as the moon, which lacks an atmosphere, the sky is not blue at all.

A Quick Video Summary of Why The Sky is Blue

A podcast explaining why the sky is blue. (Source: https://www.vpr.org/post/why-sky-blue#stream/0)