Affordable, energy-efficient LED street lamps… What’s not to like? 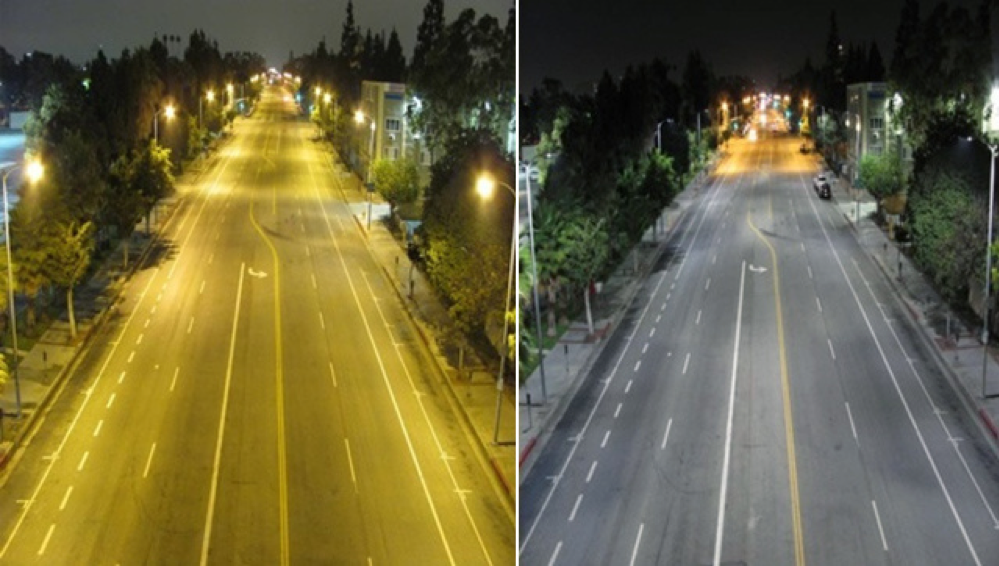 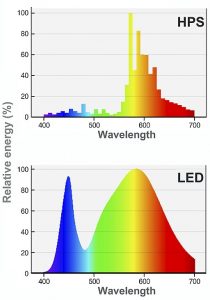 Compared to HPS lamps, LED lamps have five times greater impact on circadian rhythms, the sleep-wake cycle, and adversely affect our sleep. The colour of light we’re exposed to affects our biological clock time by changing levels of melatonin–the regulatory hormone of the circadian rhythm that initiates and maintains sleep. Short, blue wavelengths of bright daylight keep us awake by suppressing melatonin, while long, red wavelengths of a sunset allow melatonin secretion to signal our bodies to sleep. Like daylight, LED lamps emit light at blue wavelengths and effectively suppress melatonin and hinder sleep.

A study on the general US adult population found that living in areas with more lights is associated with later bedtimes, shorter sleep duration, and greater dissatisfaction with sleep quality. Ultimately, this leads to multiple problems such as: cognitive impairment, hindered moral decision making, and higher chance of injuries and accidents.

Will we have to buy blackout curtains to protect our health when LED lamps take over? Hopefully not. Looking into improving sleep, the tactics of the city of Florida, Phoenix and towns in Connecticut may point us down the right path. These cities aimed to reduce LED health risks by lowering the amount of blue wavelengths emitted from street lamps. While differently coloured LEDs don’t affect brightness, they stray away from the wavelength that most negatively impacts our circadian rhythms. With cities using warmer-toned LED lamps, they solve the problem of energy- and cost-inefficient HPS lamps as well as blue LED lamps that compromise the health of citizens.

Although a few cities are experimenting with sleep-friendly street lights, the majority are only looking to reduce costs. As cities push forward with their goals, it makes us question whether governments adequately consider citizens’ health.

Spicy foods: Do we eat them because we like the way they taste?

Trick question. While there are five different classes of taste, spicy isn’t one of them. Sweet, salty, bitter, sour and umami are the five basic qualities that stimulate taste receptors on our tongue and all other taste sensations arise from the different combinations. So what about spicy? Spicy is not a taste

We experience the sensation of spiciness not because it’s a taste but because it’s pain-inducing. Spicy foods make you feel as though your mouth is on fire even though there is no real heat in spices. The searing pain occurs because of a chemical called capsaicin present in spicy foods that activate nociceptors (pain receptors) called TRPV1 on the tongue.

Interestingly, the description of heat is more accurate than most people realize. TRPV1 normally respond to heat to alert the body for heat damage, thereby warning us when we consume literally hot drinks or foods. They respond to extreme temperatures, intense mechanical stimulation, as well as certain chemicals like capsaicin. So why do we eat spicy foods?

Some of our taste preferences are innate, such as our tendencies to crave sweet and salty foods and avoid bitter and sour foods. We’re inclined to consume sugar and salt because they’re biologically useful to us and we have an aversion towards concentrated bitter and sour foods because they can be poisonous or can damage our body tissues. When it comes to spicy foods, it seems that our preferences depend on social influences.

Some people dread the runny-nosed, sweaty-faced experience while others indulge in the burn. In places like India and South America, hot peppers are an integral part of their culture and is often incorporated in daily cuisine. For example, Mexican children are introduced to chili early on through spicy candies, and by the time they’re 5-6 years old, they eat chili peppers on their own accord. In Korea, it’s part of their culture to eat spicy foods in an attempt to relieve stress. The rationale? The pain of eating scorchingly spicy foods distracts someone from their anxieties. Unsurprisingly, a study at the Pusan National University found that Koreans who love spicy food are more prone to stress.

In the Western world, the interest in spicy foods as demonstrated by the fire noodle challenge, Carolina Reaper challenge, etc. may have more to do with masochism than an appreciation of a burn that accompanies a meal. The love for spicy food could be an indicator of personality; a study at the University of Pennsylvania found a relationship between chili-liking and thrill/sensation-seeking in Americans.