A snap from a snapping shrimp (Alpheus formosus, sometimes known as the Pistol Shrimp ) can create extreme pressures that will produce temperatures that can reach thousands of degrees Celsius, producing plasma (a state of matter beyond gas which can occur when gas is energized). 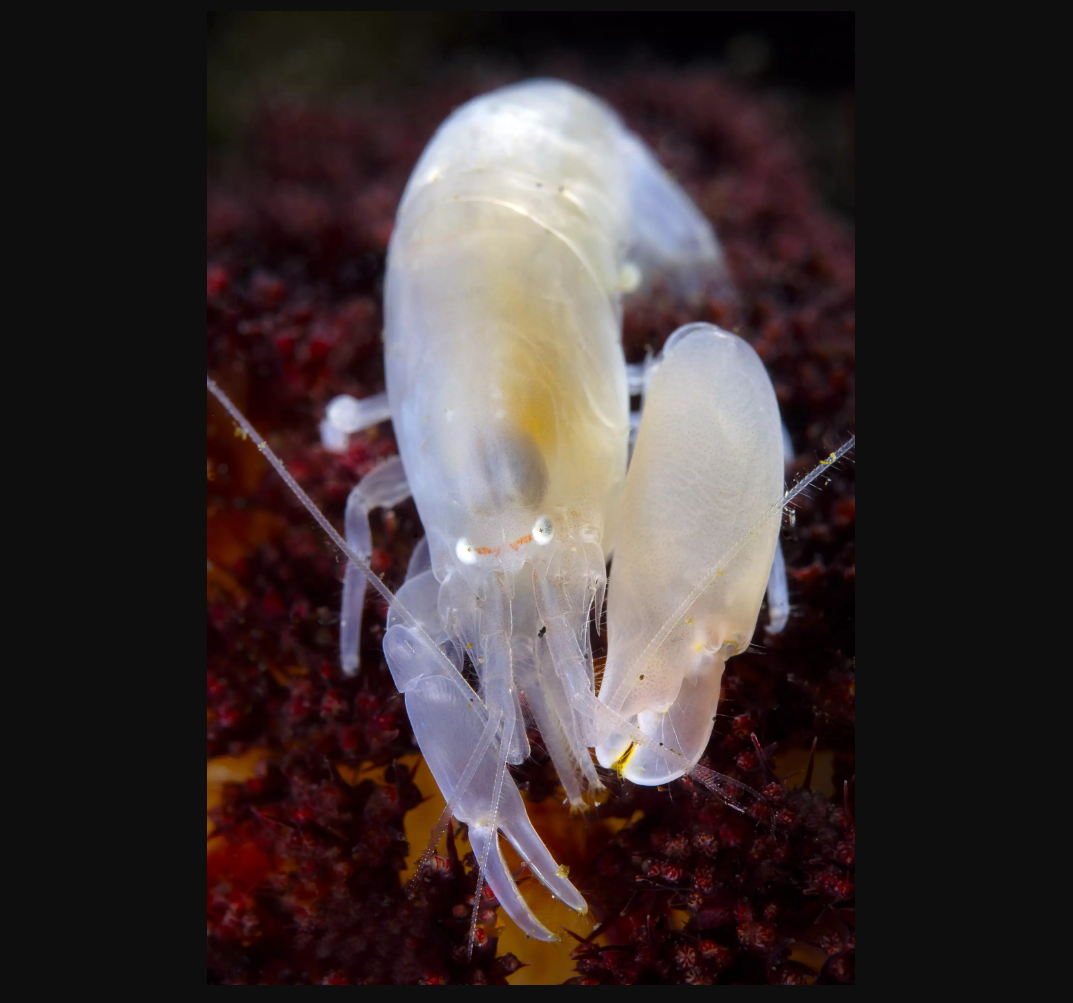 The Stone Cold Stunner of the Sea

The effects from a snapping shrimps claw creates shockwaves that can stun its prey instantly. As the claw closes, bubbles form and collapse shooting a stream of plasma that can even create a flash of light with scorching temperatures! This technique is mainly used to stun prey or to hollow out rocks and coral for its home.  These shrimps are quite tough, you better think twice before calling someone a shrimp.

Researchers can also create plasma underwater with the use of lasers; however, using a claw to generate plasma is about 10 times more efficient than previous methods.  From scans of a snapping shrimp’s claw, researchers recreated their own working claw with 3D printing technology that matches the snap of the real thing.

Researchers can further increase the effectiveness of plasma creation by reducing the overall bulk of the claw, because unlike the shrimp, the robotic claw does not need bulky muscles to work.

Shockwaves from the snapping of the robotic claw created. Source: David Staack

The snap also creates a loud sound. Scientists in the past used to believe that the action of the claws coming together created the sound; however, in 2000 Detlef Lohse and a team of scientists discovered that the snap creates a bubble that produces a sound when it explodes.

With a now easier method to creating plasma in water, researchers are exploring whether similar techniques can be utilized to disinfect water. Using plasma to disinfect water rids the water of pathogens (things that can produces or infect organisms with diseases or illnesses). Texas mechanical engineer David Staack says that efficiency is very important when considering to clean water or wastewater. With that said, these claws will lend a mighty hand in helping and hopefully further research in a snap.

The world is an amazing place with wonders all around. Sometimes you see a cute little clownfish swimming through a sea anemone, and other times you see a shrimp with a plasma gun for an arm. You can never be sure of what’s out there in the world. Explore your world and don’t mess with snapping shrimps, thank you for reading.

Posted in Biological Sciences, Public Engagement, Science in the News