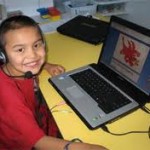 The Surrender of Culture to Technology

In light of Neil Postman’s (1992) title “Technopoly” I decided to place my commentary within the context of two competing cultures to emphasize the notion of “surrendering of culture to technology”. Often, when the notion of technology is discussed amongst educators the dialogue focuses on its role within the classroom, the opportunity cost of technology compared to books excreta, and/or how much professional development training is required to effectively use the latest technology.  Postman’s (1992) argument that technology has a cost as well as a benefit (pg.5) transcends the typical pros and cons debate about technology to one that is central to our values and worldview – our culture.   Postman (1992) advances the view of technology to a different level than mere opportunity costs, or its suitability, but to the notion of what type of educational system do we want.  This raises the question of how technology has influenced our lens that shapes our education system and ordering of our world?

Postman’s  argument will be discussed in the context to two worldviews – Western and Aboriginal perspectives.    Western and Aboriginal societies have two fundamentally different world views.  This has created an alienation and lack of relevance for Aboriginal learners within the Western educational system (Kawagley,A & Barnardt, R., 1998).  In essence, this lack of relevance may pertain to Thamus’s notion of “conceited wisdom” and “real wisdom” (Postman, 1992, pg.16).  George Hein (1991) argues that “the great triumph of Western intellectual history from Enlightenment to 20th century rested on its ability to organize the knowledge of the world in rational way independent of the learner, determined by some structure of the subject” (pg2).  Western thought compartmentalizes information, studying disciplines in isolation of each other allowing for in-depth examination.  In contrast, the First Nation world view has an underlying philosophy of interconnectedness.  One seeks to understand the relationships among the various elements in the context of one’s surroundings.  According to Kawagley and Barnhardt(1998) “education needs to be reconnected to a sense of place” ( pg 1).  The following abbreviated story highlights how conceited wisdom and real wisdom results in a disconnect when they interact within the same environmental context.

A group of scientist visited Minto Flats in Alaska.  There was a concern regarding the diminishing number of returning pike fish and hydrology issues.  The scientist approached the First Nation community elders to inform them of their activities, and about the importance of the data they were gathering. The group of scientist comprised of a beaver specialist, two fish biologist, a moose specialist, and a hydrology specialist.  Each specialist spoke to what their role was in this process to ascertain data about increased sediment in the rivers due to mining, and reduced pike migration.  However, one of the elders asked about them what they were going to do about the burn policy?  This created confusion, thus resulting in the scientists stating they had nothing to do with it, nor was there anyone present that could speak to it so they proceeded to inform the elders of how the sediment was affecting the pike migration and the need to track the winter migration of the pike (Kawagley, et. al., 1998).

In response to the scientists, a ninety year old former traditional chief, Peter John, responded by providing a detailed overview of the ecological system of the Minto Flats.  He informed the scientists that the burn policy, which allowed fires to burn unless they were endangering man- made structures, was the cause of the problem for low pike migration rates.  Even though the Minto people did not have building on the flats, it did not mean they weren’t using the area.  When fires are permitted to burn, it causes the beavers to move up streams to the sloughs resulting in the sentiment filling up in the sloughs and destroying the pike’s spawning beds.  He also highlighted that the technology used to track the fish ruined them for consumption, and if they wanted to know where the pike spend the winter they should ask.  The scientist data only dated back thirty years, where the Minto people had 10 generations of information passed on as a means to their survival.   Peter John stated, if you want to know where the pike spend the winter ask me and I’ll tell you.  “While the scientist with their specialized knowledge and elaborate tools were well intentioned, the gulf between their compartmentalized, limited time-frame view of the world and the holistic, multi-generational perspective of Peter John appeared insurmountable (Kawagley & Barnhardt, 1998, pg7).  This story supports Postman’s (1992) argument that “one significant change generates total change” (pg.18), but a compartmentalized approach does not identify the interconnectedness of the change, thus drawing inappropriate conclusions.  The group’s challenge was how to establish a connection between these two fundamentally different systems to the benefit of all concerned.

As educators, the above story has immediate relevance to us because we make decisions about the adoption and implementation of technologies that generate significant changes, but are we examining the interconnectedness of the educational ecological system? As noted by Postman (1992), Thamus suggests that “those that have control over a particular technology accumulate power, and this inevitably works as a conspiracy against those without the technology” (pg.9).  Initially, this statement appears to be alarmist and in isolation of today’s technologically advanced society.  However, this perspective is apparent within a western dominated educational system that evidently marginalizes many First Nation learners.  In British Columbia 2002/03 – 2007/08 cohort 48% of Aboriginal students completed grade 12 within six years.  By contrast, 80% of “all students category” completed high school within six years (Ministry of Education, 2007/08). The statistics get more dramatic when one examines high school and post secondary completion.  Approximately 35% of Aboriginal students make an immediate transition to post secondary, compared to non-First Nation at 65% (Ministry of Education, Aboriginal Report 2003/04 – 2007/08).  Indigenous participation in Western educational systems has been with limited interest and engagement resulting minimal outcomes (Kawagley, et.al., 1998).

There is a demonstrated validity of Innis’s argument that “the benefits and deficits of a new technology are not distributed equally (Postman, 1992, pg9).  Technology of transportation brought two fundamentally different cultures together resulting in the “dominance of the Western world-view.  Postman (1992) suggest that if there is a conspiracy it is one a culture conspiring against itself (pg 12) which is evident in schools, for example between visual technologies such as television and print technologies, competing for the mind of students.  This perspective comes from the dominance of his world-view, thus failing to state that there is not one homogenous culture within the influence of western technologies, though it may primarily emerge from one culture.  “Surrounding every technology are institutions whose organization …reflects the world-view promoted by the technology (Postman, 1992, pg.18). Consequently, when “new technologies compete …for dominance of their world-view” (Postman, 1992, pg.16) it has further advanced the dominant culture at the expense of First Nation cultures.

Hence, the entire education system has an inherent bias that marginalizes a segment of our population that do not have the power to change the imbalance.  The power for potential change lies with educators, but they need to understand how the western educational system can be changed to be inclusive of alternative methods of learning.  The public education system has adopted a narrow cognitive approach to education.  Educating is an enculturation process where one learns the values of life.  I believe the education goals of Aboriginal peoples and communities are similar to other peoples.  Holistic education is one of the core ingredients to the establishment of healthy First Nation communities, as well as non-First Nation communities.  “Education is the bootstrap which First Nations communities must use to improve their social and economic conditions. Like all others in Canada, Aboriginal children need to acquire an acceptable education to have a chance of succeeding in the modern economy” (Medelson, 2008, pg2). How can we use educational technologies to create an inclusive educational system?

British Columbia Ministry of Education. Aboriginal Report 2003/4-2007/8: How Are We Doing?  Retrieved from http://www.bced.gov.bc.ca/abed/performance.htm