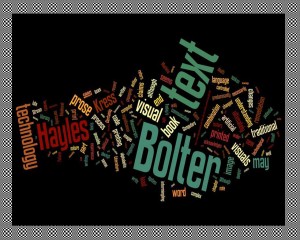 Text vs. The Visual

This entry was posted in Uncategorized and tagged Commentary 3. Bookmark the permalink.