Making Connections: The Economics of Text

In the course ETEC 511 Foundations of Educational Technology one of the aspects of
educational technology we have studied was economics. To be honest, I’m not especially interested in economics, but it is a necessity of life. That’s the reason many of us addressed the aspect of economy of text in different contexts.

Through the history of text technologies underlying economic reasons caused or impeded substantial changes. For example, one of the reasons for replacing parchment by paper was that paper was much cheaper than parchment. Also, the invention of movable type by Gutenberg who combined it with printing press in the 1450s made books more accessible because they were cheaper. Gutenberg’s invention enabled mass production helped that
led to the growth of a mass reading public.

Jasmeet Wirk emphasizes the role of economic causes in the rise of text books in
education https://blogs.ubc.ca/etec540sept11/2011/10/28/evolution-of-text-books-in-education/: “Running schools and printing textbooks became a more political and economic endeavor. Wakefield (1998) suggests that the pedagogical changes from rote
learning to comprehension were actually instigated by the text book industry to encourage their own marketability and so is a result of commerce and not some pedagogical research.”

Steph Tobin as one of the reasons for replacing scrolls with codex notes that the
codex was cheaper than the scroll. Additionally, “the cheaper cost of paper stimulated codex production”. https://blogs.ubc.ca/etec540sept11/2011/10/21/the-shift-from-scroll-to-codex-to-print/

In her post The Impact of Paperbacks on Western Culture https://blogs.ubc.ca/etec540sept11/2011/10/30/the-impact-of-paperbacks-on-western-culture/ Sian Osborne quoted Chesterton: “Literacy is a luxury; fiction is a necessity” as
a key of our “understanding of why the rise of the paperback novel has had such a significant impact on reading habits in our culture”. She argues that storytelling “is an integral component of the human experience” while “Literacy, until relatively recent history, has been a pleasure enjoyed mainly by the aristocracy.”, i.e. by people having a lot of money.

Andrew Jevne considers economic reasons important factor in presenting image in print.
In his post Tension Between the Visual and the Verbal https://blogs.ubc.ca/etec540sept11/2011/11/27/tension-between-the-visual-and-the-verbal/ he wrote: “While late 19th century lithographic technology made it possible to
simultaneously print text and image more efficiently, for much of the print era
economics and technology promoted the separation of the elements, contributing
to a imbalance between text and image in publications.”

Everton Walker writes about digital publishing: “Universities and colleges were now
getting on board and started printing books for various courses. This new idea was now getting a lot of attention as it proved to be much cheaper than the printed version; hence giving access to persons who weren’t financially stable to purchase printed texts.” https://blogs.ubc.ca/etec540sept11/2011/11/25/ebook-redefining-reading-and-learning/

Although the focus of this course was not placed on economics, so we were not supposed to find ones, some economics-related questions on text technologies remained unanswered. For example, how did oral poets make their living? 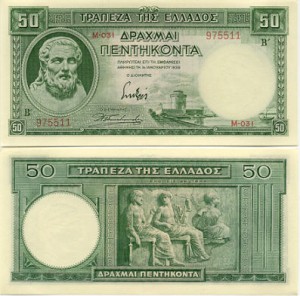