The Rise of Text Books in Education 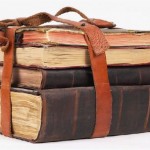 One of the ubiquitous icons of education is the textbook. It symbolizes the presence of consistent, reliable knowledge, which has led to creation of metaphors like “‘it was a textbook takeoff’ and ‘it was all done by the textbook’ (Crawford, 2006). At the present time when many innovative educators are contemplating replacing paper textbooks with an electronic version, it is hard for some to fathom education without paper textbooks.

However, there was a time when there were actually no textbooks used in education. In the world of orality, education was presumably unstructured and acquired through daily interaction and apprenticeship. The implications for education changed when the society evolved into literacy. Not being a natural skill, it became essential to acquire it formally. Initially this process restricted literacy to a limited few but many innovations allowed for it to spread to the masses. One such innovation, designed to lead people into literacy, was the textbook (Wakefield, 1998).

The earliest precursor to a textbook can be traced back to the monasteries where religious texts were copied on manuscript and codex. Each book was manually copied from a main text by different copyists and therefore there was often discrepancy in the text. While the book making industry became very organized with the rise of universities in the 13th century and many books were copied, these books cannot be classified as instructional books or text books as they were reproductions of existing books, mainly religious.

A textbook has many specific features that distinguish it from other books. Since its purpose is to educate and inform, the contents in a textbook are laid out very systematically with features like headings, subheadings, pictures, captions, and labels. While such features were hard to copy accurately by hand, it was the invention of the Gutenberg’s press in the 1450’s that made books more accessible and setup the path for the creation of the textbooks. Initially only the teachers would have access to such books as resources to teach. Hence, despite such books being used in some schooling, the word textbook first appeared in the Oxford English dictionary only around the eighteenth century when such books had made their way into the hands of students and teachers (Wakefield, 1998).

Textbooks gained popularity once mass education started. In fact education became so textbook- centered that examining textbooks provide the best insights into the history of education (Svobodny, 1985). The earliest textbooks were a mixture of grammatical rules, popular sayings, and proverbs (Wakefield, 1998). These textbooks followed the Catechetical style for its layout. This is essentially a question answer setup, where the instructor asks a question and the pupil respond to it. The text was often rhythmic to accommodate the objective of rote memorization of the content. Such books worked well and were used for a long time as it filled the void created by lack of trained teachers and dearth of proper teaching equipment like blackboard, pen, ink, or paper in the schoolhouse. Such trends also probably evolved from the preexisting oral culture.

Gradually trend changed from memorization to understanding. In 1631 a Czech educator named Comenius wrote a textbook named Janua Linguarum Reserata which favoured learning information rather than grammar. He also wrote one of the first illustrated Latin textbook for children called Orbis Sensualium Pictus in 1658. The translations of this book in various languages were used for a long time all over Europe to teach children. Its English translation was called A World of Things Obvious to the Senses Drawn in Pictures. Compulsory education and the growth of schooling led to the printing of many similar textbooks for children in Europe and the Americas.

Textbooks became the primary teaching instrument for most children in the 19th century. They provided structure to the lesson, standardized teaching, and provided a syllabus for instructions (Richards, 2001). This way textbook laid the early foundations for curriculum (Svobodny, 1985). Some textbooks of historical significance in United States schooling were the 18th century New England Primer, An American Selection of Lessons in Reading and Speaking by Webster and the 19th century McGuffey Readers. Much of these readers were for read aloud and more concerned with oral reading of the text, rather than understanding them. Also one reader would cover a large area of content like grammar, spelling, reading, and religion in an attempt to provide a complete education (Svobodny, 1985). Text books in other specific content area like math, science, and socials gradually started to emerge as well.

By mid-19 century, textbooks had become a mandatory educational tool. When immigrants came from various regions to North America, the text books became the tool to develop shared characteristics among students and en-culture students from different backgrounds. (Wakefield, 1998) Religion stories gave way to themes about general moral values and noble citizenship. Textbooks were used to mold the society politically and socially. It was believed that the job of the textbooks was to ‘… tell children what their elders want them to know’ (Fitzgerald, 1979) and to ‘… represent to each generation of students a sanctioned version of human knowledge and culture’ (De Castell, 1991).

With establishing of copyright laws and compulsory education in the United States textbooks became big business. In the race for getting their book “adopted” by schools, publishers made their books more attractive by using bigger print, less content, and including illustrations, drawings, and engravings (Svobodny, 1985). They also started printing child-centred books in the 1820’s based on the philosophy of the Swiss education reformer Pestalozzi in which the complex concepts were built gradually in the text by laying out the simpler contents first. In an attempt to capture a bigger market, the publishers started printing leveled books in the 1830’s and1840’s, which revolutionized the education system. Availability of textbooks with content targeting certain age and ability groups helped in establishing grade levels at schools (Svobodny, 1985).

Running schools and printing textbooks became a more political and economic endeavor. Wakefield (1998) suggests that the pedagogical changes from rote learning to comprehension were actually instigated by the text book industry to encourage their own marketability and so is a result of commerce and not some pedagogical research.

This leads to speculations about presence of bias in textbooks and its ability for indoctrination. Crawford (2006) aptly puts it that textbooks have become a powerful tool to shape and control popular memory and so its production is influenced by political, social, and economics beliefs of the interested parties. The attempt at enculturation of immigrants and aboriginals in North America suggests that textbooks can be used easily for indoctrination. A UNESCO study (Blumberg, 2007) found that one of the biggest obstacle in achieving gender parity in education in many countries around the world was that the text books in these countries were encouraging gender bias.

Despite controversies, textbooks have continued to be a vital part of education all over the world. They no more set curriculum but attempt to follow the ones set by the educational institutions and ministries. While textbooks are bought by schools and are free for students in the elementary and secondary schools in many countries, students purchase their own textbooks at post-secondary level. This can be a very expensive for the students.

Textbooks have always attempted to evolve in their style and content with time to suit the needs of its users and to survive the competitive market. With evolving technologies, textbooks are now taking on a digital form, ensuring that they continue to guide education in the future as well.

Wilson, S. (2002). American textbooks in the discipline of english, 1776-
1900.Retrieved from http://www.orgs.muohio.edu/anthologies/school/

This entry was posted in Research Paper and tagged books, curriculum, education, textbooks. Bookmark the permalink.

1 Response to The Rise of Text Books in Education