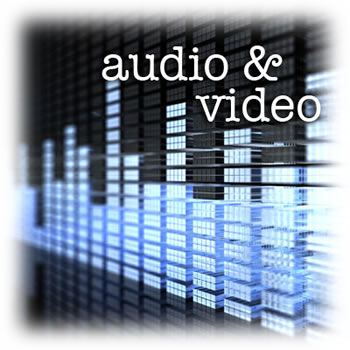 The advent of the audio-visual technology system (AVTS) was introduced into a predominantly print society near the turn of the 20th century and had a profound historical, social and educational impact on the way we communicated. Bolter (2001, pp. 23-26) sees advancement of medium or communication technology as remediation. The remediation of print technology affected the way we communicated in society in terms of its social-political, economic and educational effects, not for the purpose of replacement or eradication of it. Before examining the effects AVTS had on society in the aforementioned ways, an examination of the history of AVTS will allow some vital background.

The phonograph was the first machine for recording and reproducing audio, which came into use about 120 years ago. Cinematography was the first method of recording and reproducing images in movement and this came into use approximately 100 years ago. Methods of both audio (sound) and audio-visual (sight and sound) were constantly improved during the first half of the twentieth century as a period of rapid change and improvement in the technology of sound recording and reproduction began shortly after the end of the Second World War. Movie pictures intended to be shown as images only (“silent movies”) with music often being played as an accompaniment during the screening. “Talking pictures” were introduced in the 1920s with images being recorded on a cinecamera using 35mm film and sound being recorded on a separate machine. The finished moving picture had the recorded sound added to it in photographic form in a strip along one side of the film. Within a period of less the 50 years, AVTS changed our society from a predominantly print society to an electronic mass media. Mchuhan (1967) noted that AVTS constituted a shift away from the cultural conditioning of print with its epochal features and the use of satellite broadcasting system which made the globalized flow of information possible. This new media allowed information to be transmitted faster, farther and broader than any print network could achieve. This revolution of information distribution equalled the significance of the development of the print society which according to Briggs and Burke (2005, p. 13) dates it origins back to approximately the year 1450 when the first printing press was invented by Johann Gutenberg. The printing press technology brought about a dramatic change in our communications with its epochal features that hadn’t been previously seen in western cultures until the development of AVTS. Like the print society that preceded it, the AVTS society involved more and more people and expanded the boundaries of cultural, political and economic domains.

AVTS’s ability to transmit both sound and images simultaneously was also a historical and significant development. Ong (1982, p. 32) described that oral sound exists in a dynamic flow of communication and cannot be stopped for its existence but visual images can. The simultaneous features offer by AVTS meant that sound was no longer fleeting but could remain for an extended period of time, an ability that was not prevalent in an oral culture.

With its ability to convey information over a large distance spanning the entire globe affected the social-political, economic and education spectrums.

For social-political use, campaigning and propaganda was now available on a national level; televised speeches such as Hitler’s “Address to the Reichstag” or Roosevelt’s “Pearl Harbour Address to Nation” reached entire nations from north to south, east to west, coast to coast. These speeches galvanized nations with not only the text being spoken by the orators but rather the actions and emotions of the individual could be displayed for the audience; something that would not be as prevalent in a print or an oral society. On 26 September 1960, 70 million U.S. viewers tuned in to watch Senator John Kennedy of Massachusetts and Vice President Richard Nixon in the first-ever televised presidential debate. Some historians have concluded that in this close presidential race, the election was won by Kennedy because of this new format. ” The first televised debates in the 1960 Kennedy-Nixon campaign were viewed as important, maybe even decisive, in Kennedy’s victory being that Kennedy’s success has often been attributed to his impressive appearance on television” (Kraus, 1988).

Economically, national corporations now had the advantage over smaller local entrepreneurs in advertising their goods and services. Postman notes that the average American will have seen close to 2 million television commercials by the age of sixty-five (Postman, 1982, p.8). Due to the high cost of advertising on television and a higher cost for advertisements on the most popular programs, the corporation now has an economic advantage over the local vendor in terms of its advertisement power due to the advent of AVTS. So companies were growing and growing throughout this period whilst the entrepreneur was either getting bought out by larger firms or closing altogether.

Academically the use of visual aids is not a new concept for educators. Plato himself took care to set the scenery of his dialogues, and he used concrete words and concrete comparisons (for example, the cave) as foundations for his most abstract ideas. In France, the Très riches heures du duc de Berry brings out the importance which ‘illustration’ can take in a work which would have otherwise sunk into oblivion. Xylographic images preceded the printing press by three-quarters of a century and the first illustrated book by nearly a century (Lestage, 1959). The AVTS advancement in the classroom revealed that early studies by educators tended to show that student achievement from classroom television was as successful as from traditional face-to-face instruction. A study by Parsons (1957) showed only borderline differences in achievement, and Lapore and Wilson (1958) offered research showing that learning by television compared favourably with conventional instruction. So not only was AVTS being used in the classroom as an aid, it was also being experimented as an alternative delivery system. As well in education, animated images combined with instructional sound conveyed a meaning of information that allowed students to go beyond the language barrier. Furthermore, printed materials do not offer the dynamic visual representation that AVTS offers. The AVTS allowed students to see and record dynamic images of events or phenomenon that previously were hard, if not impossible, for them to see or realize using print media.

AVTS technology was significant technological invention in the 20th century. It revolutionized society in several ways and it is still predominant in the 21st century. It didn’t necessarily eradicate the print society but complimented it to allow people to have a more dynamic representation of information. Where will this lead us in the upcoming century? Only time will tell.

Lestage, A.. (November 1959). UNESCO Chronicle. In THE USE OF AUDIO-VISUAL AIDS IN EDUCATION . Retrieved October 28, 2011, from http://www.unesco.org/education/nfsunesco/pdf/LESTAG_E.PDF.

Waters, J. (May 6, 2004). Guidelines for Audio and Audio-visual Recording in the South Pacific. In National Library of Australia. Retrieved October 25, 2011, from http://www.nla.gov.au/oh/waters1a.html.