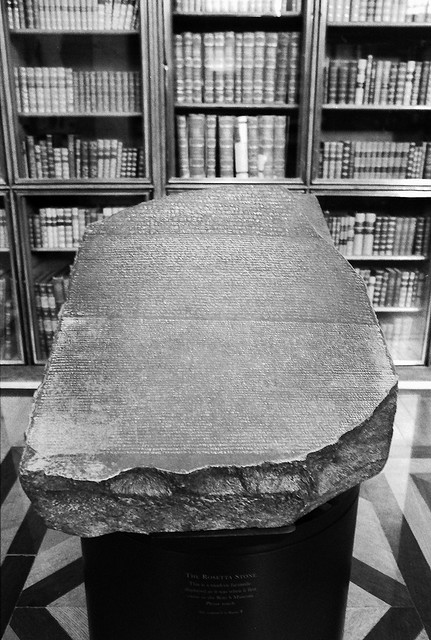 Text in the broadest sense is any of the various forms in which writing exists. I see text as anything that communicates ideas visually. These could be pictographs, cuneiform, hieroglyphics, print, or calligraphy. Text is the visual representation of all languages where symbols are used to convey meaning.

I chose this picture of the Rosetta Stone because it was an enigma to scholars right up to the early 20th Century. This stone displays three separate languages conveying the same message. In the background, it is possible to see books, representing growth in the technology to convey written material from stone to paper.