The Impact of Radio: Past and Present

Brief History of the Invention of Radio

The concept that audio could be transmitted without wires came to reality in 1888 when German physicist Heinrich Hertz discovered radio waves; electromagnetic waves that have the capacity to transmit music, speech, pictures and other data invisibly through the air (Bellis). His further discovery was a breakthrough, that waves could be transmitted and detected over long distances, which certainly peaked the interest of Italian, Guglielmo Marconi.  Marconi subsequently set up aerials on opposite sides of his garden and in 1894 he was able to receive signals over a distance of 100 metres. In 1895, he increased this distance to 1 km (Elon University/Pew Internet Project), and in 1897 he transmitted a signal over the Bristol Channel. Finallly, in1901 he sent a signal from England to Newfoundland, a distance of 3360km. Marconi received the Nobel Prize in 1909 for his landmark discoveries (Luxorion). 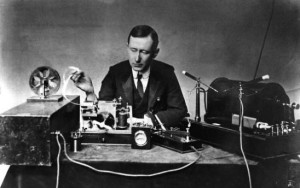 Marconi’s last demonstration, the transmission of a transatlantic signal, was responsible for launching the commercial use of radio.  In 1897 he patented wireless telegraphy, established the Wireless Telegraph and Signal Company and opened the world’s first radio factory a year later. With the ability to transmit over water, ships were equipped with radio and huge commercial stations were set up to handle intercontinental messages that ultimately saved many lives at sea; the most famous being the story of the Titanic. Many lives were saved due to the transmission of the distress signal (Parker).

From the early 1920’s until television took over in the 1950’s was an era considered to be the “Golden Age of Radio” in the United States. During this period, it is estimated that nearly 80% of the US population owned a radio and people regularly tuned in to listen to their favorite music, variety programs and sporting events  (Elon University/Pew Internet Project). Business and social structures were adapting to the new medium: universities offered radio-based distance education, churches broadcasted their services and newspapers created tie-ins with radio broadcasts. The nation was drawn together by radio as people listened to news, entertainment and advertisements (The Jazz Age: The American 1920’s). While radio was busy entertaining the masses in the United States, Canada began to feel as though it was being swallowed up by the culture of its southern neighbor, since it did not have it’s own broadcasting agency.

The proliferation of broadcasting in the US was also flooding the Canadian market, and there was a stark realization that Canada “the True North Strong and Free” was about to be smothered in American culture. Canada is a vast country of which a large percentage is made up of rural communities, an ideal market geography for radio. This emphasizes the importance of Canadian programming as it helps define and understand what it is to be Canadian. As a result, the Canadian Radio Broadcasting Commission (CRBC) was created in 1932, which eventually evolved into the CBC/Radio-Canada of today (CBC Radio Canada).

The CBC is made up of both a French and English sector and is the only broadcaster to deliver a schedule that reflects Canada’s bilingual culture and values. Currently CBC/Radio Canada stations must ensure that at least 50% of their popular music selections broadcast each week are strictly Canadian content (CRTC). In fact CBC Radio airs 99% of Canadian content over its broadcast day, and 100% during its prime time. Radio-Canada’s Canadian content is a full 100% (CBC Radio Canada).

However, in Canada today, listening to public radio broadcasts is down overall and the demographics are interesting. While Canadians listened to their radios for 18.3 hours a week in 2007 (down from 20.5 in 1999), teenagers only listened in for 7.2 hours a week. They represent the lowest frequency rate for all groups. CBC/Radio-Canada was the first choice among senior Canadians, capturing about one-quarter of their listening time. It was also the first choice among university graduates (30.0%), Canadians in professional occupations (23.4%) and skilled sales people (32.3%) (Statistics Canada, 2008). It is not certain as to whether or not listening to podcasts (stored audio files) of recorded shows was considered in the statistics as radio listening.

Effects of Radio during struggle and conflict: War in Europe

Radio communication became a key lifeline of information for the masses in the years of World War II (1939 -1945). It is perhaps the single most vital instrument, which significantly impacted and benefited members of society. As communication before this time was a very slow process, the radio made conveying information to the masses quick and easy, and relatively recent in time. It is fair to say that World War II demonstrated the value of radio as the primary mode of communication of up to the minute news and events. Listeners around the world sat transfixed in front of their radio sets, as reporters, including reports by Winston Churchill and Adolph Hitler, broadcast vivid reports of battles, victories, and defeats. (Elon University/Pew Internet Project). Since radio signals could be intercepted it also meant that encryptions were of great value, sine this was also the mode of transmission of orders, however through private lines. 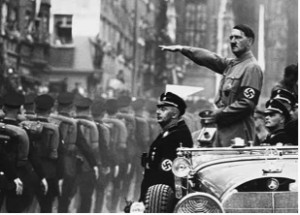 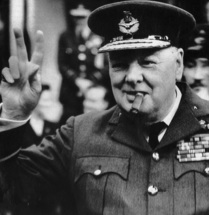 Effects on Survival in North Africa

When North Americans think of radio it is from an entertainment and news perspective, now increasingly in the format of audio files such as .wav or .mp3. For some North Africans, entertainment takes a backseat to safety as the reliance on this dated technology can be a matter of life and death. In 2003, a group of three young filmmakers from Southern California travelled to Africa in search of a story. What they found was a tragedy that both disgusted and inspired them: the reality of Uganda’s Child Soldiers.

The LRA (Lord’s Resistance Army) is a militant group, which began in Uganda under the power of Joseph Kony (Invisible Children) and has now impacted the Democratic Republic of Congo, Eastern Central African Republic, and Southern Sudan. For 25 years the LRA had moved throughout the rural countryside killing, raping, mutilating, and abducting children. Most abductions occur at night causing the children to flee into towns to sleep where they are more protected. In the first four months of 2011, the LRA carried out at least 120 attacks, killing 81 civilians and abducting 193, many of them children (Human Rights Watch, 2011).

Rural villages were always caught off-guard by attacks and did not have a way of alerting each other of the presence of the LRA so they could heed warnings and move to safer areas. The Invisible Children organization has installed radio towers in many of the remote jungle villages. This enables the villages to connect with each other and report sightings of the LRA and other important events. Since setting these up, there have been fewer attacks and villagers have been able to move to safety prior to an advance by the LRA. The addition of the computer in the modern day world allows all activity to be tracked and monitored, however, without it the villages would still have warnings from the basic radio (Invisible Children).

The LRA Crisis Tracker can be seen in real time here. 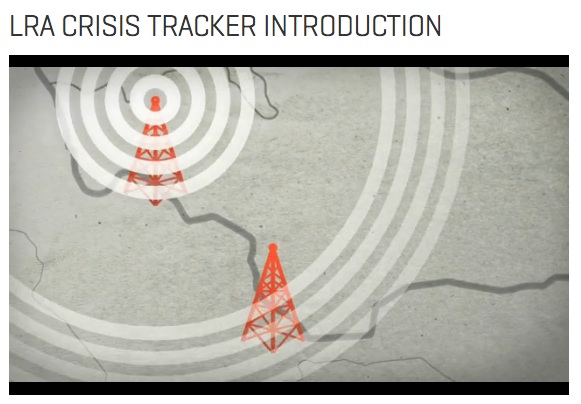 The impact of radio technology of the lives of these people is astounding and a great example of how newer, in some cases is not always better. The reliability and durability of the radio signal fits the purpose.

Within broadcasting there are public and private radio stations and they both uphold different values. The public service station is about broadcasts serving the community with quality material while the bottom line of the private stations is making money, thus they focus on getting as many listeners as possible. It is not by chance then, that it is the public radio stations, which have invested time and money in providing educational programs for schools.

In Canada, the CBC has a website for teachers which is aimed at an older audience of grades 6-12.  Divided into topic headings they provide a carefully selected combination of radio and/or television archives complete with assignments, assessment rubrics and web quests: all provided free of charge (CBC Radio Canada).

On the other side of the Atlantic, BBC radio has also developed a program but this time it is aimed at primary school education. With an array of podcasts, downloadable .mp3 files and radio the transmission of audio is moving into the classroom with a major impact. However, the time-frame during which a TV show can be watched is cause of frustration since certain programming is subject to viewing rights restrictions (BBC ).

No longer are broadcasts limited to a geographical area. Schools from all over the world can use the materials from either CBC or BBC with the only disadvantage being that the information might not be applicable to their country or situation.

Worldwide, there is evidence that radio has been used successfully in the past to provide educational services to rural, poor populations and the benefits found through radio instruction can be substantial. The potential to reach large numbers or underserved people and efficiently convey information, make radio a powerful medium for delivering content.

The Future of Radio

Canadians are immersed in digital media and their national public broadcaster is right there with them. Today, CBC/Radio-Canada is available where and when audiences want their content. Radio has had an immense impact on communication from the moment the first transmission took place. It is a vital technology that has stood the test of time and has been able to successfully weave its way into the fast moving world of society’s pace and new technologies. Radio’s original live broadcasts, entertainment and one-way communication have been important to society from the beginning. Whether it be Sirius radio, mp3 recordings, or podcasts it is apparent that people of all ages will continue to value the spoken, faceless world of radio.

PRODOS. (2010, July 23). Empire of The Air: The Men Who Made Radio. Retrieved October 6, 2011, from PRODOS Film Study Group: http://instantworlddomination.com/uncategorized/empire-of-the-air-the-men-who-made-radio/

This entry was posted in Research Paper and tagged LRA, Marconi, radio. Bookmark the permalink.

1 Response to The Impact of Radio: Past and Present