Our performances on May 3 and 4 at UBC were preceded on May 3 by a scholarly and creative symposium “Performing the Post-colonial: The political work of theatre,” 2 p.m.-6 p.m., St. John’s College.

The event featured a panel discussion by the playwrights of the plays included in the performance: Sadhu Binning and Sukhwant Hundal (who co-authored one of the Punjabi plays), Ajmer Rode, and Sharon Pollock, who created the English-language play. Binning, Hundal, and Rode are all members of greater Vancouver’s dynamic Punjabi literary community; it was Pollock’s first opportunity to meet with them. 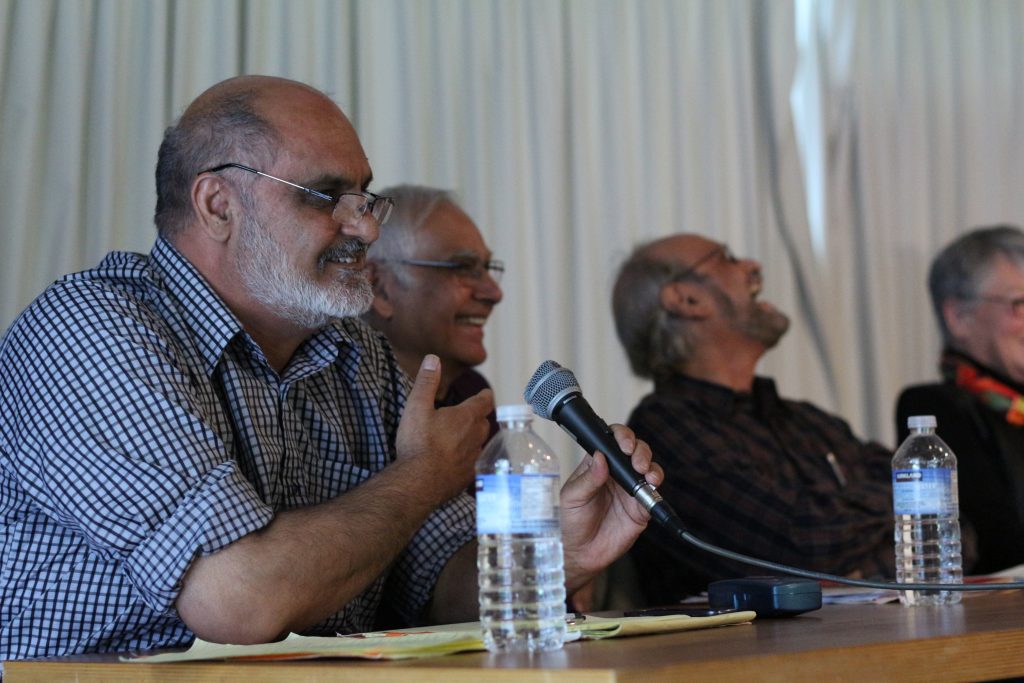 The symposium also featured talks by: