This performance event explored three plays written about the Komagata Maru incident by Canadian authors: Sadhu Binning and Sukhwant Hundal’s “Samuṇdarī Sher nāl Ṭakkar” (in Punjabi), Sharon Pollock’s “The Komagata Maru Incident” (in English), and Ajmer Rode’s “Kāmāgātā Mārū” (in Punjabi). We developed a single program that integrated sections of the three plays to explore how and why we remember the Komagata Maru, and how the creative arts augment and enhance the traditional historical archive. Students in the Department of Theatre and Film at UBC performed short selections from Pollock’s play; members of the theatre group “Rangmanch Punjabi Theatre” performed selections from the two Punjabi plays. The event was entirely bilingual through the use of Surtitling. UBC Professor Anne Murphy developed the script that integrated the plays, and was the Producer and Principal Investigator of the project.

Sets for the play were developed by visual artist Raghavendra Rao K.V. in association with his students at Srishti Institute for Art, Design, and Technology in Bangalore, India, and were influenced by his own works of art related to the Komagata Maru. We have documented this process. 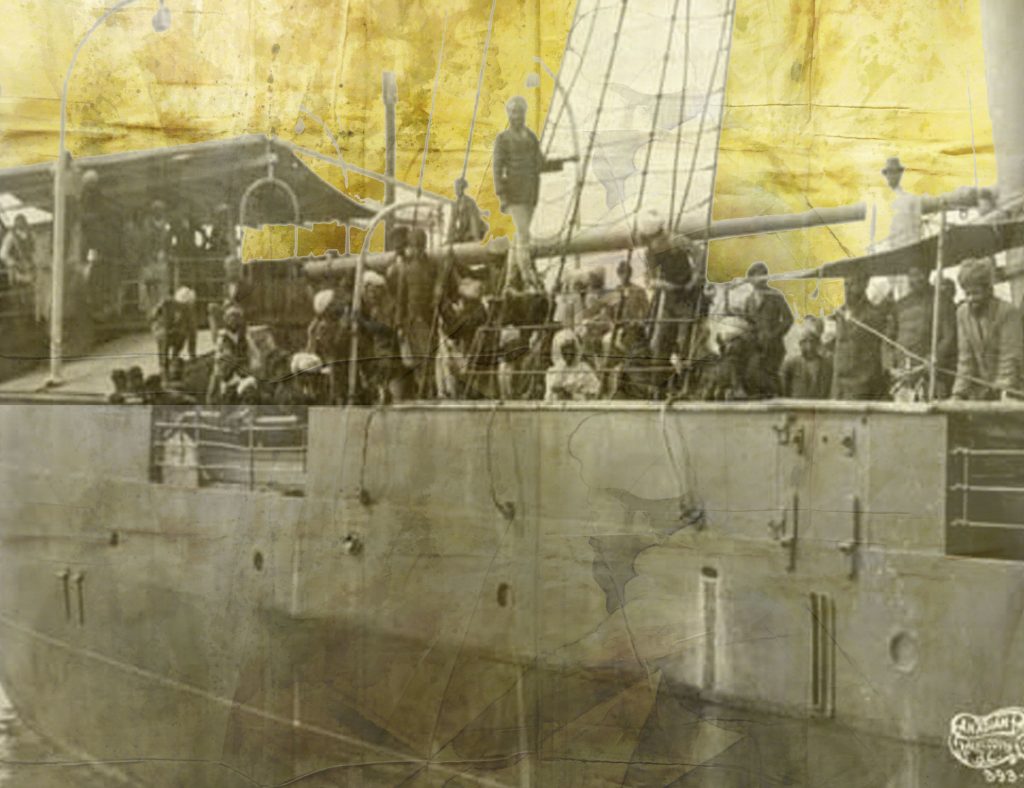 By Raghavendra Rao K.V, composite of archival photograph and a painting by the artist. Used as a projection for the performance of “Performing the Komagata Maru” 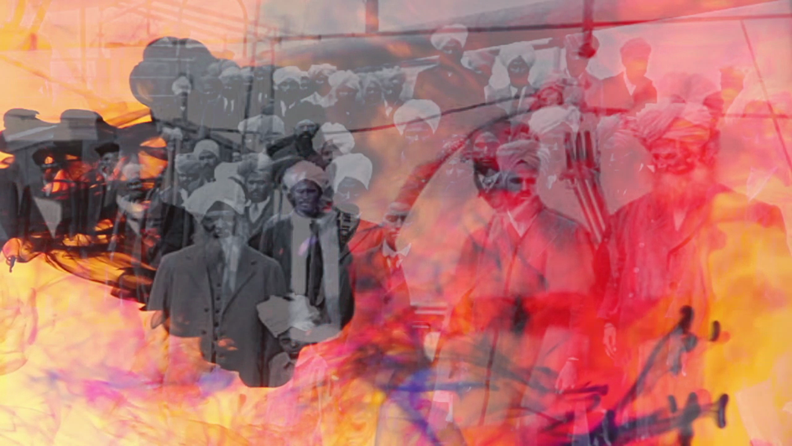 By Bhasmang Joshi and Natasha Sharma, Srishti School of Art, Design and Technology. Image from the video ‘Ink Reveal’, used as a projection for the performance of “Performing the Komagata Maru”.

Performances took place on May 3 and 4, 2014 at UBC’s Frederic Wood Theatre (6354 Crescent Road, Vancouver) and on May 9 on the Main Stage at Surrey Arts Centre. The May 3 performance was preceded by a Symposium with the playwrights and scholars of Punjabi literature and cultural history.