A Commentary on A History of Writing Chapter 1: Origin and Development of Writing

The multitudes of different writing forms are simplified in this chapter by explaining that basically, all forms of writing fall under two categories; either thought writing or sound writing. Thought writing transmits an idea directly whether it is in the form of a drawing or symbol, it conveys the idea in any language. Sound writing undertakes the somewhat unnatural process of an idea being translated first into the sounds of a particular word or sentence in a particular language, and then those sounds have to be made visible in the form. The visual signs have to be translated back into the sounds of the same language, and from this the word, the sentence and the original idea have to be reconstructed in the mind of the reader (Gaur, 1992, p. 15). There are notably advantages and disadvantages in both thought writing and sound writing. The biggest advantage thought writing has is that it can be independent of language, however; the disadvantage comes when you start to recognize the staggering number of symbols needed to communicate different ideas. Sound writing consists of complex abstract inscriptions, limited to a particular language. Phonetic symbols can be managed to as little as 26 representations in order to convey just about any idea or form of information. This means that sound writing becomes more cost-effective and efficient over time.

Guar talks of the development of writing in terms of its function in a particular society. “Each society stores the information essential to its survival, the information which enables it to function effectively. There is in fact no essential difference between prehistoric rock paintings, memory aids (mnemonic devices), winter counts, tallies, knotted cords, pictographic, syllabic and consonantal scripts, or the alphabet. There are no primitive scripts, no forerunners of writing, no transitional scripts as such (terms frequently used in books dealing with the history of writing), but only societies at a particular level of economic and social development using certain forms of information storage. If a form of information storage fulfills its purpose as far as a particular society is concerned, then it is (for this particular society) ‘proper’ writing.” (Gaur, 1992, p. 14) When it comes to our current society and digital age, I think about how co-dependent our language is with computer technology. Our writing is no longer inscribed in stone or on ink and paper. It is stored as 1s and 0s on magnetic disks and transistors all over the world. I started to think of the use of handheld smart phones, and the growing technology of something called QR codes standing for Quick Response Codes. 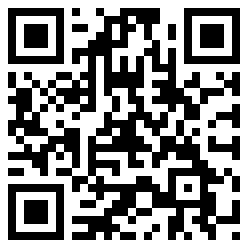 The images are reminiscent of an ancient hieroglyph only no human has the capacity to read and comprehend these images without the use of technology. The QR code system was invented in 1994 by Toyota’s subsidiary, Denso Wave. Its purpose was to track vehicles during manufacture; it was designed to allow high-speed component scanning. It has since become one of the most popular types of two-dimensional barcodes. (Wikipedia, 2013) These codes are commonly used in advertising to link people to a website or provide someone with information or directions to a location. This universal code consists of black square dots arranged in a square grid on a white background, which can be read by an imaging device (such as a camera) and processed until the image can be appropriately interpreted. This is an example of our writing system evolving to accommodate our fast paced, global, digital society. These evolving forms of writing seem to create a new category of writing not thought writing or sound writing, but perhaps it could be labeled techno-writing; a form of writing entirely dependent on machines for creation and interpretation? The skill set required to understand how to use technology to interpret these symbols is something that for many of us is essential to function effectively in society.

The concept of idea transmission is explained in-depth in Origin and development of writing (Gaur, 1992). Ideas can be transmitted visually or in various forms, patterns or designs. Objects and symbols can be used to communicate warnings, indicate direction, or used to recall an event, place or person. The idea of picture-writing and idea transmission dates back to our earliest findings of ancient cave paintings and primitive societies. Picture writing is still very much a part of our everyday life. We see and use picture writing everyday with road signs, railway crossings, wet floors, restroom locations, etc. Today, as new technology is diminishing the importance of writing we are starting to see that picture writing is once again becoming a favored form of communication. In 1972, Pioneer 10, an unmanned spacecraft was launched into space carrying a form of universal picture writing. Pioneer 10 carries a plaque with a message to any intelligent life it might encounter on its journey. The Pioneer plaque includes diagrams of Earth’s location and drawings of a man and a woman.

Gaur’s opinion that all writing is information storage infers that the primary goal of all writing is the preservation of knowledge. Knowledge is not limited to being expressed through the medium of language, which is precisely why we are seeing an evolving system of information storage with today’s modern technologies. The human experience has been stored for millennia starting with cave walls and stone tablets, to paper scrolls and leather bound books, and now streamed through the airwaves as modulations of frequency representing 1s and 0s.

Today, there is more information storage taking place then could ever have been imagined mere decades ago. The Internet grows exponentially storing billions of ideas and preserving knowledge; at least for the time being. But how long will the hard drives and flash memory last? What would happen to the information if our modern-day society collapsed? Will we be able to keep up with the colossal amount of knowledge being preserved and will we be able to pass it on for millennia? Writing will continue to evolve and be stored on new material as technologies change. It would be naïve to imagine that our ways of storing information will continue to be in the form of writing we all know and are comfortable with today.

This entry was posted in Commentary. Bookmark the permalink.

1 Response to A Commentary on A History of Writing Chapter 1: Origin and Development of Writing