The Library of Alexandria

As a librarian, I am continuously forced to go through a process known as weeding. Old books, which are outdated (encyclopaedias have a lifespan of five years), are removed from shelves due to space issues. That space used to be taken and given to new books. However, the physical space of my library has shrunk over the last five years to make the area needed for a new computer lab. In years past, this would not have happened. Libraries were protected places, a place where information was gathered and disseminated. The library of the 21st century looks much different. The current library is, thanks to technology, a virtual library, a true modern Library of Alexandria. 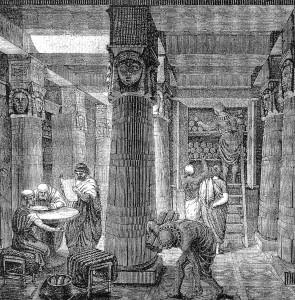 The idea of a virtual library is not new. As O’Donnell (1994) points out, the idea has existed for over 1500 years. The letter of Aristeas to Xenocrates discusses the first virtual library. Simply put, a virtual library is a collection of all information, with instant access to that knowledge. In 1945, Vannevar Bush hypothesized, after the bombing of Hiroshima, a future of information gathering and recollection. He believed microphotography would revolutionize the recording of information. In addition Bush created the ‘memex’, which was was a “device in which an individual stores all his books, records, and communications.” (121) He did not know it at the time, but he was talking about the personal computer, or the key to the virtual library. In the article, Bush (1945) uses the example of a bow and arrow. Using the memex, the user could search library books, diagrams, and the new idea of microphotography on the bow and arrow. Sound familiar? A simple Google search can do that today. In fact, as of this typing, a Google search of bow and arrow brought up over 17 million results. Bush also discussed the possibility of using thought and voice to access the information on the memex. Although, for years that would have been considered science fiction, that technology exists today (http://www.hongkiat.com/blog/brain-controlled-gadgets/). The virtual library has been a pipe dream for years, but could now be a reality.

Kelly (2006) points out in Scan this Book, that a virtual library is possible and that in 2004, Google undertook the Googlebooks Project. The goal is to scan or digitize every book. Google entered into agreement with five major libraries, including: Stanford, Harvard, Oxford, the University of Michigan and the New York Public Library. Between the five libraries, over 10 million titles would be scanned. According to Kelly the ultimate goal could be a library which contains absolutely everything. One-tenth of all movies are already digitized, and over a 1,000,000 books a year are being digitized. The Library of Alexandria, at its height, contained approximately 70% of all the written work known to man. Kelly (2006) states there are machines scanning books at the rate of 1,000 pages per hour. Although many subscribe (no pun intended) to what Google is trying to do, there are many issues that surround the project. The biggest elephant in the room is copyright. As Kelly (2006) rightfully points out, many are angered that Google is scanning then asking for permission. Much like the old adage, it is better to beg forgiveness, than ask for permission. Especially when the fact that only 15% of books are within the public domain, Google may have trouble creating the virtual library. 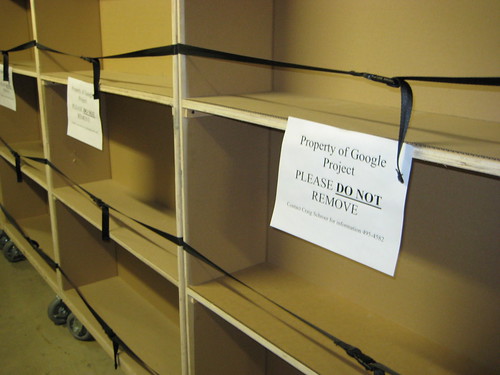 Even with permission, the question must be asked why is Google doing this? Now the simple answer could be for the betterment of people, especially people who have limited access to text. Yet, Google is one of the biggest companies in the world. They did not become that by being stupid. If they possessed the virtual library and had the means to catalogue and search it, it would be a treasure trove of information. Sites, seeking information, would need to filter through Google sites, driving up their traffic and ability to sell ads. There would be tremendous potential for selling memberships or access to the virtual library. In addition, so many projects could be developed from that resource, including translators (which Google already possesses), search engines (which Google already is, but the potential for a secondary one, much like Google Scholar), and copyright rules. Microsoft and Amazon have created similar ideas and that also begets the question of sharing information with one another, if not, no could ever claim to have the virtual library.

Issues abound which will never allow a true virtual library to exist, but many of these problems can be combated. Brand and Sanders’ (1999) article, Escaping the Digital Dark Age outlines one major problem with the advent of the virtual library, the loss of data. Even though his article is a bit dated, it does raise some good points about how data is lost. Brand and Sanders (1999) states the half-life of data is approximately 5 years. This is due in large part to technology advancement. Floppy disks were once the only way to save data, now are obsolete. The same can be held true for reel to reel data tapes. Brand outlines how much data MIT has lost through the years, however, much like the Library of Alexandria, books can be damaged and lost as well. Moreover, with the increase of storage capabilities, and the ability to store data ‘in the cloud.’ Data seems to be better protected than ever before.

Another potential problem is translation and understanding. As O’Donnell (1998) clearly defines, text is changing, 128 characters has now lead to 256 characters, and further lead to programs which run over 35,000 characters, due to accents and symbols. If the virtual library was to exist more characters would be needed. Hieroglyphics would need characters, Mandarin would as well, as well as ancient Sanskrit, etc. Fortunately, this problem is not a big one, as technology will be able to handle this, especially, if a universal platform was adopted.

One final problem is as Grafton (2007) points out is equity. The virtual library favours the wealthy. Naturally, developed countries have more access to not only books,but virtual books as well. Countries without access or with filters in place may not have the same access, which defeats the purpose of the virtual library, equitable access. Moreover, the presence of so much text from, developed, Westernized countries could also force their culture on less developed countries. This already occurs today, so should not be a deterrent for a virtual library.

“the Internet will not bring us a universal library” (Grafton 2007). Maybe not, but from a librarians’ perspective, we are closer now than we have been since the Library of Alexandria was lost. 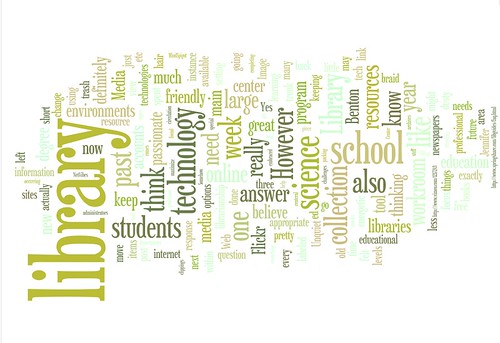