Adapting to External Sources of Information

“Those who use writing will become forgetful, relying on an external resource for what they lack in internal resources.  Writing weakens the mind.” (Ong 1982, 79)

As Ong describes in Chapter 3 in “Orality and Literacy”(1982), the advent of writing was seen by many as a crutch for the weak.  Prior to writing, all thoughts were stored in one’s mind.  Writing was seen as a coping mechanism for those that did not have the mental capacity to think or to know on their own.  Although, there may be some truth to this, almost everything that we learn today, has been read or learned about through written words.  The whole concept of writing was to store information.  Instead of using the mind to remember things, writing enabled people to write down words and record information for later use.  These words were written down on pages that formed books.  These books were then titled and organized. These books formed libraries and a variety of information from many areas was available to people all around the world.  This expanded what people were able to learn as they were able to access other resources besides what they had taken to memory. When people needed to look for specific information, they could easily find the topic and search for the necessary information.  Writing was a major technological advancement that changed the way people learned, looked for and stored information.

“Writing, Plato has Socrates say in the Phaedrus, is inhuman, pretending to establish outside the mind what in reality can be only in the mind.  It is a thing, a manufactured product.  The same of course is said of computers.” (Ong 1982, 79)

The next major invention that changed the way people categorized and accessed information was the computer.  The computer enabled us to store vast quantities of information in a digital medium in a database.  The database enabled people to access the information very easily through a simple key word search.  The computer was also criticized in a similar way as writing was in the past.  It was looked at as yet another way to access information that was not already known.  Of course, we know that computers are now commonplace and are not only used to store information but help us do a multitude of day to day activities.  Again, with this change in technology, we adapted the way we used and accessed our memory to learn.

“ The internet has become a primary form of external or transactive memory, where information is stored collectively outside ourselves.” (Sparrow 2011, 1)

Logically, the next major innovation or “external source” of information was when the internet came into popular use.  Search engines like Google, helped once again in helping us on our quest for information.  Instead of looking for information in libraries, or even in databases, we were able to answer questions of all kinds by simply typing them into a search engine.  The answer came to us in seconds and once again changed our ability to access information that was not already stored within ourselves. Just like every other innovation in information storage and retrieval before it, Google was looked at as a way of making us reliant on an external source of information.   It is commonplace that when someone doesn’t know the answer to a question, the easiest way to find the answer is to “Google it”.

“Since search engines are continually available to us, we may often be in a state of not feeling we need to encode information internally.  When we need it, we will look it up.” (Sparrow 2011, 2)

One constant in all of these innovations from writing to the use of search engines is the worry that these tools will weaken the mind.  Researchers from Columbia, Wisconsin and Harvard Universities set out to investigate Google’s effect on memory.  Sparrow et al. (2011) study suggested that when people were faced with difficult questions they often would think about computers rather than trying to recall the information themselves.

Is this a sign of weakness? This is up for interpretation.  Through the course of time from the invention of writing, computers and search engines, people have constantly adapted in their ways to access external sources of information.  We are constantly looking for the most efficient way to find the answer to our questions.  If we know that information can be found from an external source, we tend not to encode this information, whether it is from the town wiseman or Google.  The fact that we now have so much information at our fingertips, it seem that this is the only way for our brains to adapt. 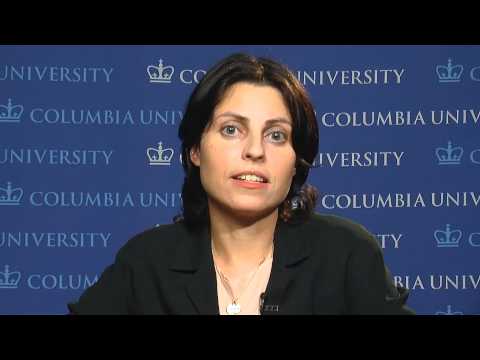 Ong, Walter, J. (1982) Orality and literacy: The technologizing of the word. London: Meuthen

Sparrow, B. , Liu, J., Wegner, D. (2011) Google Effects on Memory: Cognitive Consequences of having information at our fingertips. Science Express 1-4 Retrieved from http://www.wjh.harvard.edu/~wegner/pdfs/science.1207745.full.pdf

This entry was posted in Uncategorized and tagged Commentary. Bookmark the permalink.

2 Responses to Adapting to External Sources of Information