I have come to the conclusion, after all the readings and explorations we’ve done, that my initial response to Ong’s Orality and Literacy was accurate.  The evolution of writing as a technology is not as linear a progression as it might appear.  It is a spiral, or rather a coil, of ever changing oral and literacy skills wrapping around each other in increasing amounts of tension.

We have examined how writing has evolved from the earliest cave drawings, friezes, scrolls, codex, novels, been influenced by radio and television and final reinvented by the internet.  While the web is primarily text based, it too has seen the encroachment of the visual, in maps, pictures, and finally video.  Chapter 9 of Bolter’s Writing Space addresses literacy from a philosophical perspective, that being that literacy is necessary for sophistication and abstract reasoning. (2001) This raises the question, in my mind at least, that if we are moving away from writing and back towards the visual are we also moving away from sophistication and reasoning?  Bolter states that our ability to reason in writing is what sets us apart as it can be uses to actually create the mind. (2001) So Descartes’ claim could be paraphrased to ‘I write therefore I think.  I think therefore I am.  Who am I?’  We are the author of our own inner text but does the decrease use of text mean that we are somehow less than our old philosophical incarnations?  Personally, I don’t think so.  I think we are simply in a period of flux and change.

While Bolter argues that hypertext  technologies “lend themselves more readily to the construction of the self as a social agent rather than a reasoning machine” (2001, pg. 128), I believe this a short sighted response to relatively new technology that has not yet evolved in to its full potential.  We are already seeing that social media is being used to network likeminded people to further their professional development, such as the unofficial MET community on Google+.  Other apps offered by Google allow peers to collaborate and explore new ideas both in text for and through face to face interactions (Google Doc. And hangouts).  TED Talks, one of my personal favorites, proves that sophistication and reasoning can exist without writing.  There is no question that writing had been an important part in the changes the human mind has undergone, but is it because of the act of writing and rewriting, or was it the ability to record and pass down information through the ages for analysis and re-examination?  Now we find ourselves back in the coil of ever remediating knowledge through orality and literacy. 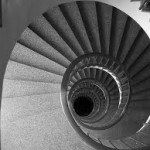 Personal Reflection on the Course

Throughout this course we have used multiple spaces for authorship and have seen how those spaces can add something to the writing itself.  We each chose our preferred mediums for expression when authoring new material for the affordances they offered and how they might enhance our topics.  One of the challenges I found in ETEC 540 was the multiple spaces we used.  While they added educational value and experience to the course, there were simply too many (Blackboard, Weblog, Social Book) for me to manage effectively this semester.  I valued seeing the work others contributed to the Weblog, but the layout made it frustrating to navigate and see contributions at a glance, which is one of the features I enjoy in Blackboard, scanning titles and names and starting with familiar people’s work or those with catchy titles, something I was unable to do in the Weblog format.  Social book was a great experience, but I felt I was repeating work, namely highlighting and margining the readings, which I had already done on my printouts.

In addition, I was disappointed by the amount of time we spent on the history of writing and the emphasis on philosophical thinking and discussion about it.  As a teacher, I was looking to this course to help me make concrete changes to my approaches on reading and writing, rather than attending so much to theory.  I found as a student, I was left to construct my own learning, once again.  I would have rather the course dealt more directly with the use of technology in the delivery of the reading and writing curriculum. Finally, I find it continually ironic that so much of our learning in the MET program is text based readings rather than the myriad of other resources available.  Why are other technologies and mediums not being taken more advantage of?  Readings need to be streamlined and other mediums used to reflect the goals of the MET program.

Ong, Walter. (1982). Orality and literacy: The technologizing of the word. London: Methuen.