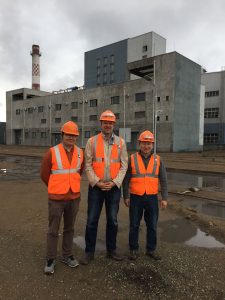 This blog is an attempt by avid Mongolia watchers connected with the School of Public Policy and Global Affairs at the University of British Columbia led by Dr. Julian Dierkes to share their observations about current developments in Mongolia. We started blogging in the summer of 2011. Byambaa was visiting UBC at the time. He, Mendee and Julian Dierkes found themselves discussing Mongolia topics almost every day for some months and then decided that there would be others “out there” who were having similar conversations, so that it was time to offer these analyses more widely.

The blog was initially know as “Mongolia Today”. Since this name was already claimed by a tourism-related website, we switched to “Mongolia Focus” in May 2013.

We are writing our observations, particularly about very current events and politics, in good faith. We are in no way compensated for what we write, nor do we intend to curry favour, nor incite distrust. We do not favour one party or politician over another in a systematic way.

Note that since this blog is hosted on a university-sponsored site, we are able to maintain the site without ads or paywalls on the basis of our own labour. This means that we have never and cannot pay ourselves or guest authors as contributors.

While some of our posts will be rooted in careful and academic empirical research, others, especially on very current developments, will be based on reading of other reports and contacts in Mongolia.

We will generally publish comments on our posts that are a) not spam, and b) make a substantive point, rather than offering a view or simply a disagreement.

To identify authors of posts, look for the tag at the bottom of the post.

If you would like to support our efforts financially…Become a Patron!