The following are results of recent publicly available polls in Mongolia that contain questions concerning the upcoming elections.

The first table summarizes the results of the Sant Maral Foundation’s Politbarometer surveys that were conducted in April every year since 2009.

The question was “If Parliamentary Elections were held tomorrow, which party would you vote for?” 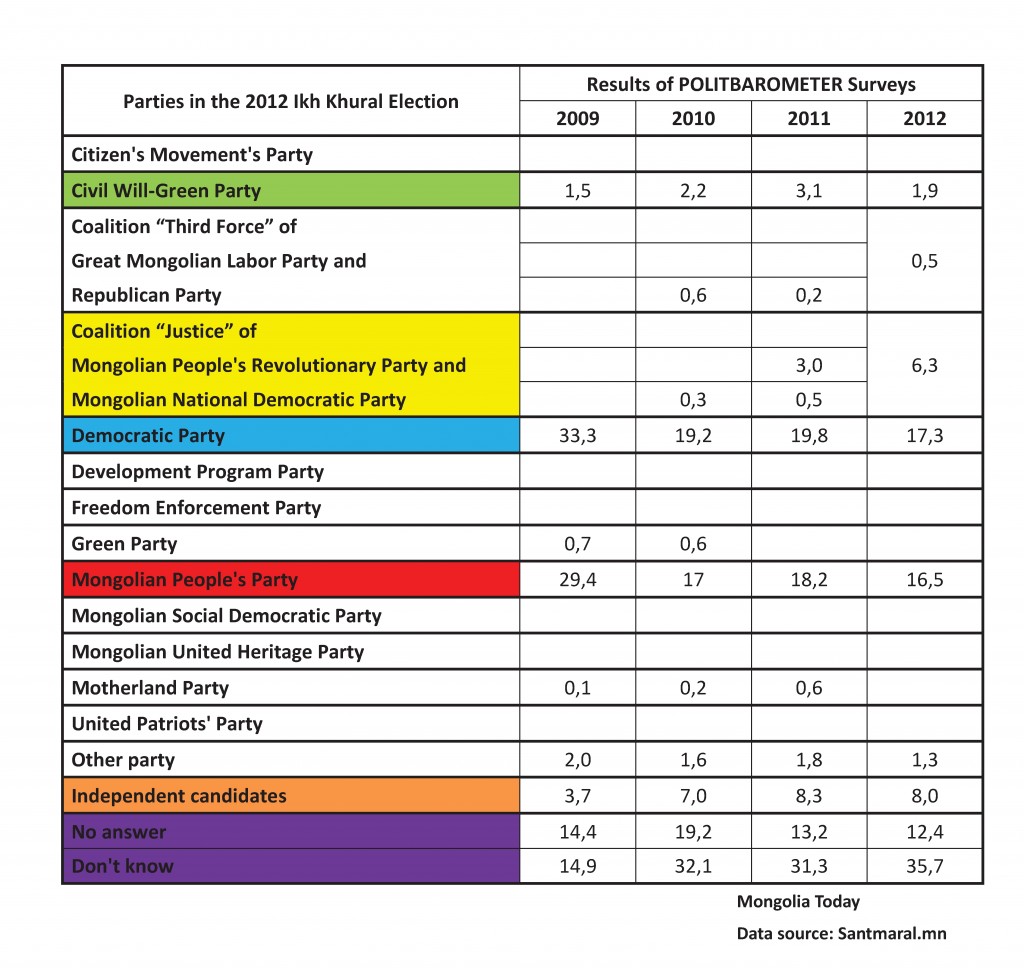 The next graph shows the answers to the question “If Parliamentary Elections were held tomorrow, which party would you vote for?” asked in the most recent Politbarometer survey. 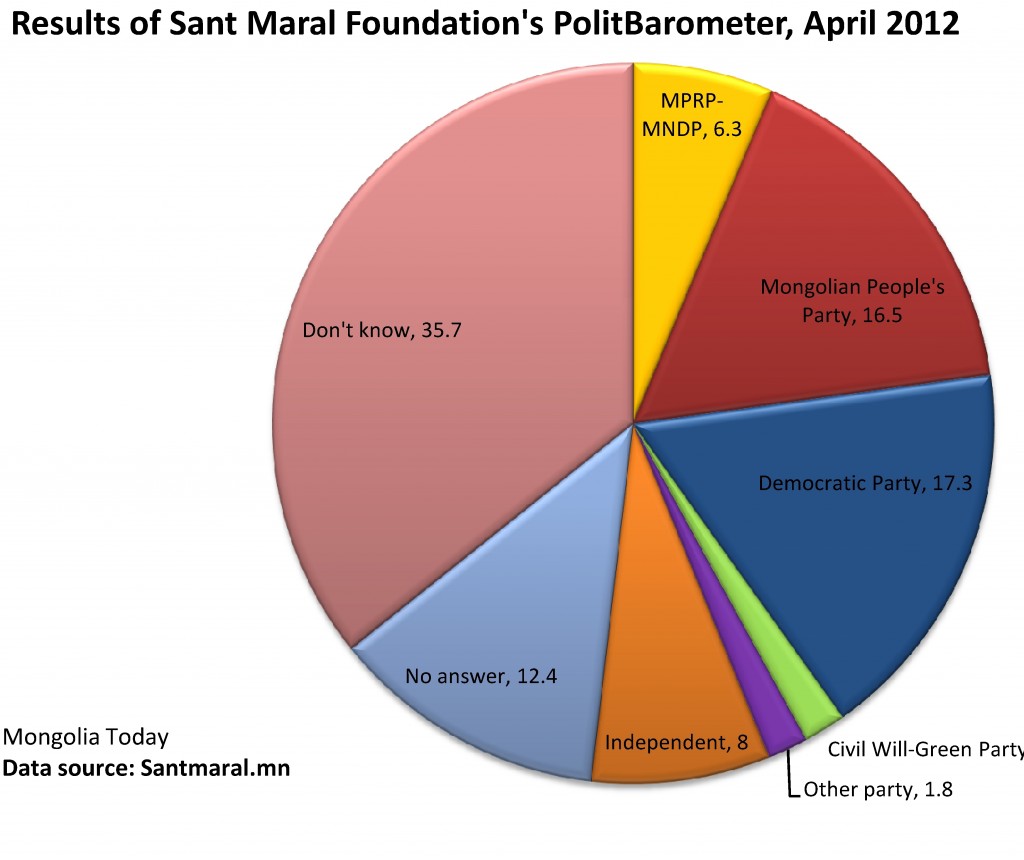 The next table was drawn based on the results of a survey conducted by the Social Democracy Institute (SDI), the MPRP’s research institute, in September, 2011. This survey covered only Ulaanbaatar. Total 1800 people participated in the survey. The were rumours that the survey was leaked and posted on Internet. It is still available on some news sites (In Mongolian). 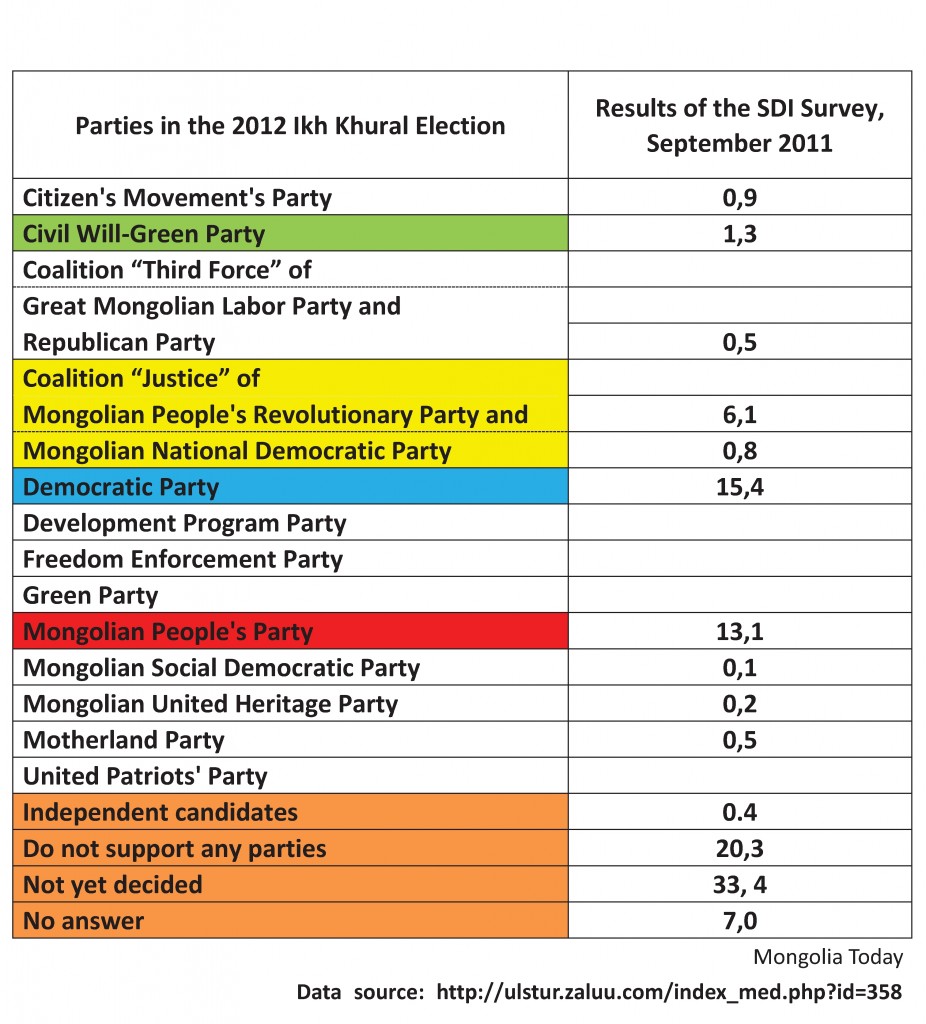 The ‘leaked’ survey contained some interesting questions. For example, it asked the respondents about what factors (characteristics of parties, individual candidates or both) would be important for them when they vote in the next elections. 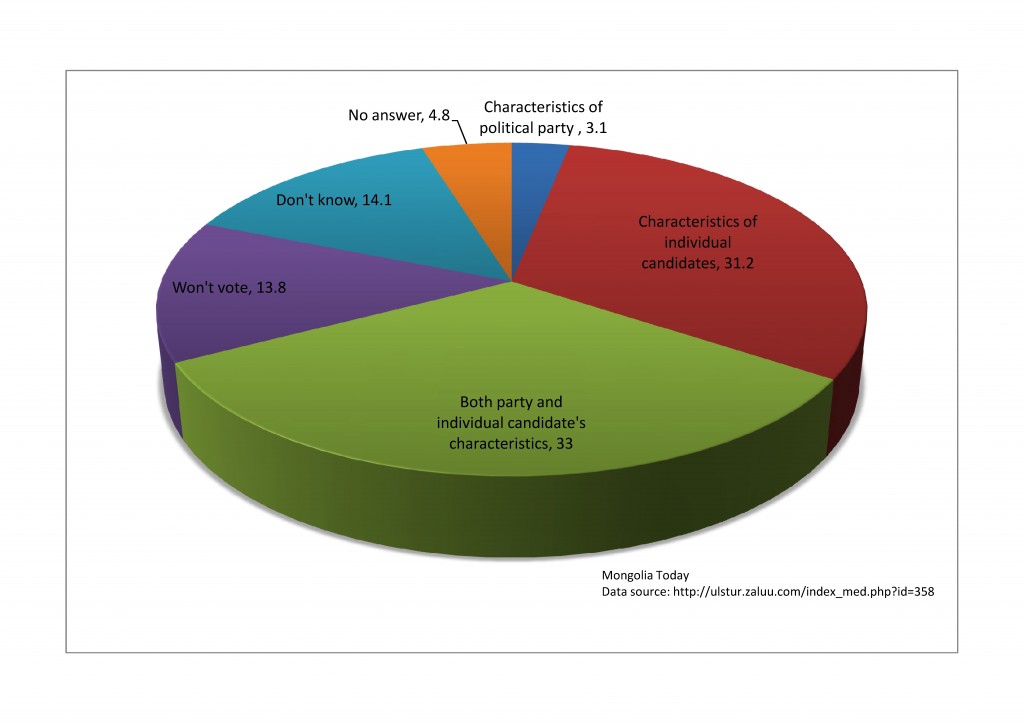 The ‘leaked’ survey also asked the respondents about what factors are important when they vote for individual candidates. 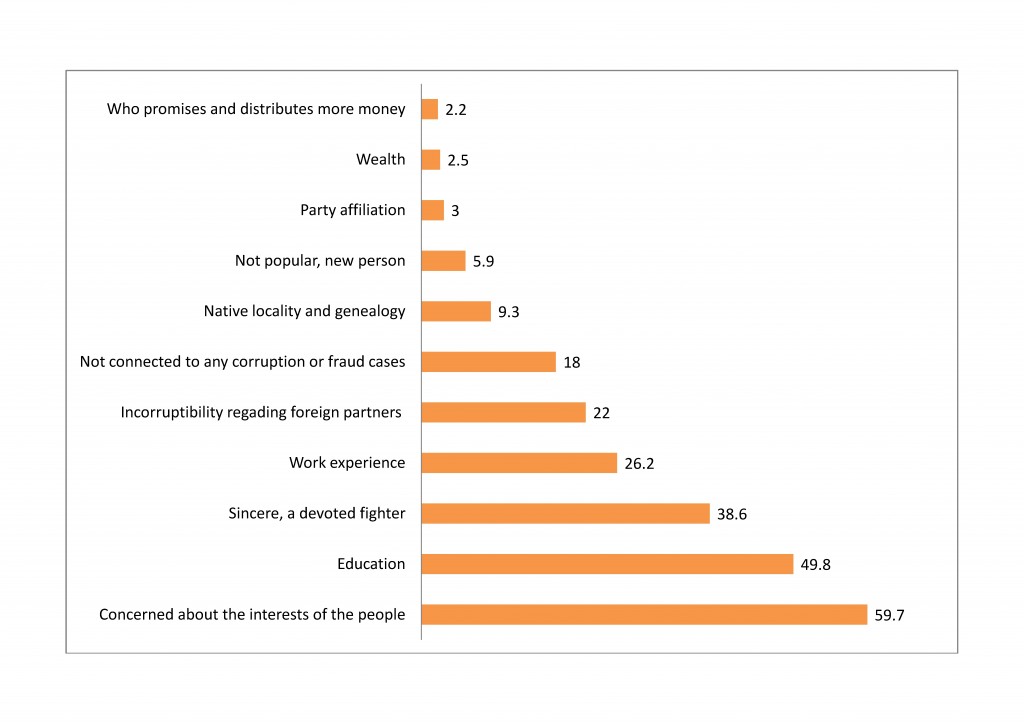 This entry was posted in Elections, Ikh Khural 2012, Politics and tagged BYAMBAJAV Dalaibuyan. Bookmark the permalink.

1 Response to Update on 2012 Election: Results of Recent Polls