Our guest is a young engineer, Mandakhnaran, who makes 3D-printed arms for children. It strikes us that there are very few people who know about the 3D-printable prosthetic devices in town.

Mandakhnaran graduated from the New Mongol Institute of Technology and now he works as a mechanical engineer. In 2019, he was inspired to create an arm for a child using the 3D printing technology. This led him to study more about 3D-printed prosthetics – the technology, materials, and international practices. Mandakhnaran made his first 3D-printed arm for a little boy – which the young engineer created himself and, of course, the boy and his parents were happy. We are grateful to Mandakhnaran for taking time off from his busy schedule to explain the basics of 3D prosthetics. 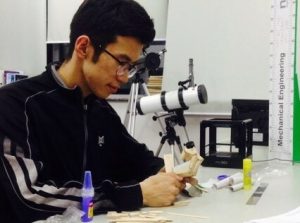 Photo: Working on the hand design (with the permission of Mandakhnaran)

To print an arm prosthesis, you would need a digitally simulated model, a 3D printer, and ABS filament or thermoplastic. There are three types of filament: CPE – expensive, high-quality, ABS – moderately priced, commonly used, and PLA – the cheapest, less durable. After taking the measures for an arm or leg to be attached, you use the computer graphics to design the model (known as 3D modelling). It would take a day or two, and then the actual printing could be done in two days. Since it is made of plastic, any type of cleaning product can be used. Depending on the type of plastic (CPE, ABS, or PLA), it would last over at least six months. And you can replace or fix any broken parts anytime. 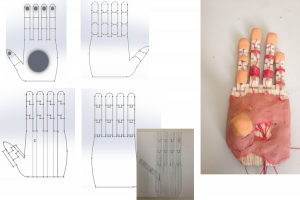 Photo: Designing the arm (with the permission of Mandakhnaran)

Comparison with Other Available Options

There are two options for people needing artificial limbs. One is the prostheses factories. They use the traditional methods and materials. It would cost around 1,000 – 1,400 USD. They are sturdy, meaning they are heavy and expensive to replace or repair. The other option is ordering the pre-produced resin prostheses from China. It would cost 160 USD. One needs to order and wait for at least two weeks for the delivery. Once ordered, changes cannot be made to the order. Because of its material, it is smelly and produced in only few colours. Mongolian prostheses factories find it difficult to manufacture prostheses for children because they grow fast, and their materials are quite heavy for children. Therefore, it would be costly for parents to change their prosthesis as they grow.

Mandakhnaran argues that there are three advantages with the 3D-printed arms. For one, it is reasonably priced, since its cost varies from 50 to 300 USD depending on the type of materials. Second, it will take 3-5 days and it could be partly repaired immediately. Third, you have options. He recalls one of his clients, a boy who got an ugly coloured arm prosthesis from China. So, he was ashamed of the appearance and smell of his prosthetic arm. This brought him down and he lost confidence. When Mandakhnaran was working with him to select the design and colour of his new arm, the boy said that he wanted a robot arm. With this new arm, his spirit was uplifted, and he is now happy to show his arm to his classmates. So, with the 3D-printed arm, you can select the design of your arm. When Mandakhnaran mentioned that we can attach more gadgets to it, the movie ‘Inspector Gadget’ came to my mind.

It was touching to hear that one boy drew a big “A” letter with his new arm – that made him, his parents, and Mandakhnaran so happy. Although that boy cannot draw a perfect little “A”, he apparently inspired Mandakhnaran – who now thinks about adding more gadgets. Several times, Mandakhnaran pointed out that he is ready to make 3D-printable prosthetic devices for anyone who needed. It seemed to me, this young engineer needs a challenge to push him to make discoveries. He participated in a start-up competition with his innovation. Even though the judges agreed on the 3D-printed arm being interesting, they all concluded that it is less profitable. Against this mindset, Mandakhnaran is determined to help children and people who need prosthetic devices. 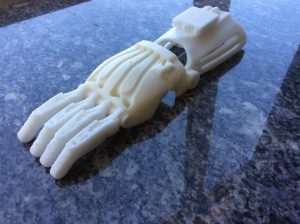 Photo: 3D arm (with the permission of Mandakhnaran)

Positive Takeaways from His Japanese Experience

We need to talk to people with disabilities and they are nice people, Mandakhnaran highlighted. He studied in Japan for his fifth and sixth grade. In his class, there was a student who lost both his arms and legs. Soon, he realized there were children with disabilities also included in other classes. Since these students studied together with the disabled student from grade one, they all knew each other very well and treated each other with respect. Like all earlier guests, Mandakhnaran explains the importance of an inclusive education environment for all.

Our pandemic related question gave another opportunity for our guest to highlight advantage of the 3D printing technology. If parents could take the exact measures, they would not need to come by in order to get the artificial limb. All could be done and delivered in distance during the pandemic. If someone requires getting a part of the 3D-printed arm, it could be done without seeing each other.

If the government or private businesses supported Mandakhnaran, he would help more children – uplifting their spirit. He did not hide the fact that he spent ten days to make his first 3D-printed arm because it was all new for him. Moreover, he was using the institute’s only 3D printer, which was quite outdated. But a long-awaited Iron Man arm made his client happy and, for sure, we know he was showing off his Iron Man hand to his friends. When Sainbuyan and I were debating whether to invite Mandakhnaran as our guest, a good, old friend doctor of mine said – ‘It is a miracle, if someone makes a 3D-printed arm in Mongolia’ and explained the challenges of people with amputations of extremities. We do not know at the moment, but wholeheartedly believe that we need to support this young Mongolian mechanical engineer’s passion and dream of helping people with disabilities. 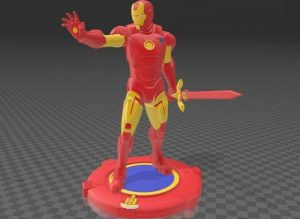 Photo: He also made a Mongolian Ironman with 3D printing (with the permission of Mandakhnaran)

Jargalsaikhan Mendee is a Deputy Director of the Institute for Defense Studies of Mongolia. He holds a PhD in Political Science from the University of British Columbia, and MAs in International Relations from the US Naval Postgraduate School and in Asia-Pacific Policy Studies from the Institute of Asian Research of the University of British Columbia.
View all posts by mendee →
This entry was posted in Education, People with Disabilities, Podcast, Younger Mongolians and tagged MENDEE Jargalsaikhan. Bookmark the permalink.