Guest Post: The Scary Part about ‘Our Common Geopolitical Language’

Way back in 2018, I led a first-ever scientific expedition from the headwaters of Mongolia’s Selenge River to Russia’s Lake Baikal, one of our planet’s great environmental treasures. In those halcyon days, our international team of Russians, Mongolians, and Americans was spurred to act by Mongolia’s plans for multiple dams in the Selenge watershed, which provides more than half of Baikal’s annual inflows. 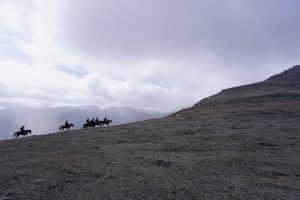 The 2018 Baikal Headwaters Expedition on their way to the headwaters of Mongolia’s Selenge River. photo@pwfong

Such plans were developed despite the potential harm to fish, wildlife, and nearby residents, most of whom are nomadic herders. And despite the region’s low suitability for sustained hydroelectric generation. (In winter, ice can form up to three-feet thick on even the fastest-flowing sections, while recent summers have been plagued by drought and flash-flooding, accompanied by high sediment loads that can prematurely degrade a reservoir’s capacity to store water.)

By the following year, one of those projects—on the Eg River—seemed to have been permanently beaten back, partly through environmental activism and partly by global geopolitics. Although the dam was to be built by a Chinese construction firm, Sinohydro, and financed by a billion-dollar Chinese loan, many of its negative effects would have been felt far downstream in Russia. In order to prevent harm to Baikal (and perhaps prolong Mongolia’s energy dependence), the Russian government convinced their Chinese counterparts to withdraw the loan. 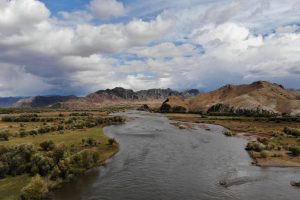 As any international economist might have predicted, this did not ultimately alter the flow of cross-border commerce. In 2019, China announced that a similar loan agreement had been reached for the paving of a new highway in Mongolia. The name of the construction firm? Sinohydro.

This past summer, however, the Mongolian government publicly solicited the support of United Nations Secretary-General António Guterres for reviving the Eg River dam—despite the fact that Baikal is a UNESCO World Heritage Site. Which reminded me, once again, that no misguided hydro scheme is ever truly dead. And, coincidentally, of the time that our team spent at the confluence of the Eg and the Selenge in September 2018.

On that chilly autumn day, we helped a group of six anglers load their inflatable craft—according to the logo, a New Nice Tank Boat—onto the roof of a Japanese SUV. They were all from Erdenet, the mining town where Ukrainian president Volodymyr Zelensky spent four years of his childhood. The anglers, five Mongolians and one Russian, had killed at least two dozen sharp-nosed lenok, a local species of trout. Some were almost twenty inches long, fat and healthy. To supplement our cache of scientific data, we collected DNA samples and length measurements from every fish. 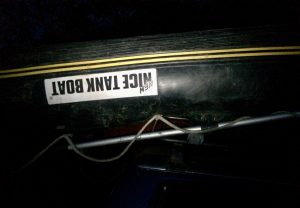 A tourist company’s raft loaded upside-down atop their vehicle. photo@pwfong

One of the Mongolians owned a tourist lodge nearby. When he discovered that three of our team were Americans, he divulged that his daughter had just begun her studies in San Francisco. “Computer programming,” he said proudly.

I congratulated him on his good fortune but didn’t mention that, if the Eg dam were to be built to its published specifications, then the route to his fishing hole would be blocked by a concrete wall 73 meters high and 710 meters wide. Because the project had been in the works since 1964, I’m guessing that he already knew about that. Especially since hundreds of local residents would’ve had to be relocated before the reservoir could be filled. And also because nearby Erdenet—and its copper mine—would’ve been prime beneficiaries of the new power supply.

The planning for the Eg dam began with a Russian team, proceeded with funding from the Asian Development Bank, then continued with support from creditors in Malaysia, the Czech Republic and, eventually, China. A 2014 feasibility study suggested that winter icing could be overcome with a combination of dredging, ice booms, and a buffer dam. The same study proposed a new access road with a 320-meter steel bridge across the Selenge, as well as a museum for the archaeological artifacts rescued from the to-be-drowned site.

A more recent push for dam construction was financed in part by a World Bank initiative dubbed MINIS, a somewhat tortured acronym for the Mongolia Mining Infrastructure Investment Support Project. Other MINIS projects in the Baikal drainage included a proposal to divert water from the Orkhon River south to the Gobi Desert and a potential dam on the mainstem of the Selenge near another tributary named the Shuren.

What was the stated objective of MINIS? To “facilitate infrastructure investments to support mining and downstream processing, regardless of the funding source.” Note that this mission does not mention anything about promoting the common good or preventing environmental disaster. The World Bank, however, was committed—at least on paper—to “increasing shared prosperity and promoting sustainable development.” 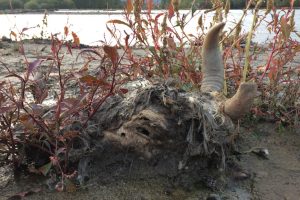 In 2016, the World Bank’s own review panel concluded that [bold in original], “the potential harm that may derive from the improper implementation of the proposed sub-projects is indeed of a serious nature.” Nevertheless, feasibility studies and environmental assessments continued, with support from bankers in China and despite pushback from environmentalists in Russia and Mongolia.

There are several different ways to think about the triangular relationship among the three countries. Consider that, in 1924, Mongolia became the world’s first communist state outside of the Soviet Union. And that the preceding two decades had been eventful ones, including two nationalist revolutions. The first occurred in 1911, against Chinese rule; the second in 1921, expelling both a Chinese occupation and a force of White Russians.

Through this lens, Mongolia looks like a plucky nation contending with monstrous foreign bullies. If we peer farther back into history, however, a different chain of influence appears. In this accounting, “Russia and China were both part of the great Mongol Empire, and we see the persistence of Mongol influence on the Russian state, military, and political culture to this day.” According to the editor of Novaya Buryatia, a newspaper in Ulan-Ude, “When Vladimir Putin and Chinese leaders meet today and find common geopolitical language, and China talks of using its economic might to reestablish the old Silk Road, they are reaching back to that historical experience. It was totally different from the Western one, and it created societies that are very unlike the West right down to their political DNA.” 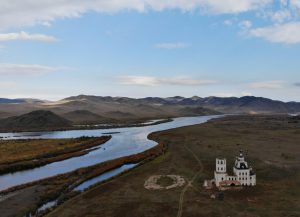 This is a defiant view, one that evades the perception of weakness by reclaiming primacy at a foundational level. But given how much the world has changed since the dam’s conception in 1964, when Mao and Khrushchev ruled on opposite sides of Mongolia’s borders, I wonder which is the more worrisome concern for a nation undeniably struggling to diversify its economy—that the government still wants to build the Eg dam? Or that they haven’t managed to build it yet?

With Egypt’s COP27 now in the rearview mirror, it’s worth reminding ourselves that the old dreams of unfettered development and the new dreams of energy independence can converge in unexpected and counterproductive ways. Yes—it’s bad policy for any country to be forced to rely on Russia for its vital energy supplies. But the alternatives should not require the twin burdens of a degraded environment and an insupportable debt with China.

—Peter W. Fong is an award-winning author whose stories and photographs have appeared in High Country News, The New York Times, the San Francisco Chronicle, and many other publications. He has been working as a flyfishing guide in Mongolia since 2006. For more information about the 2018 Baikal Headwaters Expedition, visit www.baikalheadwaters.org.

Julian Dierkes is a sociologist by training (PhD Princeton Univ) and a Mongolist by choice and passion since around 2005. He teaches in the Master of Public Policy and Global Affairs at the University of British Columbia in Vancouver, Canada. He toots @jdierkes@sciences.social and tweets @jdierkes
View all posts by Julian Dierkes →
This entry was posted in Countryside, Environmental Movements, International Relations, Renewables, River Movements, Russia, Water. Bookmark the permalink.